Harding chips in for Tshwane lead 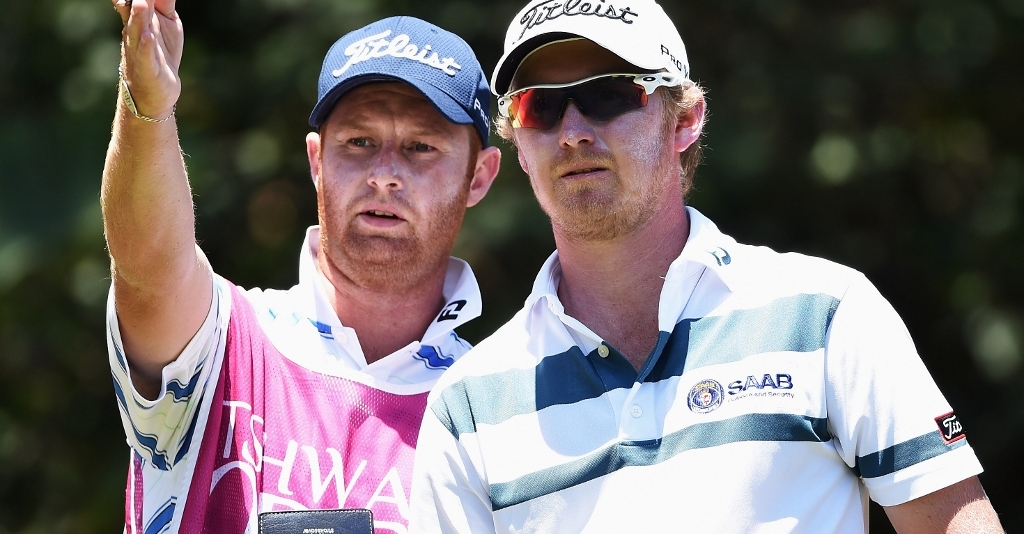 Justin Harding chipped in for birdie on the final hole to grab a one-stroke lead at the Tshwane Open.

The South African signed for a seven-under-par 63 in Thursday's opening round at Pretoria Country Club to lead by one over fellow countryman Anthony Michael.

Harding pushed his approach to the 18th a little right, and from a difficult lie, with very little green to work with, and the green sloping away from him, his chip rattled the flagstick and dropped in the hole, giving him that single-shot edge over Michael.

“I have been struggling the last couple of events so it’s a confidence boost, absolutely,” he said. “I felt like I hit it quite nicely, but I was quite jammy on the last when I chipped in from a position that was not very good.”

He had a steady start, making two pars on his opening two holes, before his first birdie of the day came on the third. But he followed that with a bogey on four. It was to be the last blemish on his round, as two more birdies came on the front nine, and five on the back which saw him race home in 30.

“Maybe that 30 was significant,” he laughed afterwards, a reference to his 30th birthday which he celebrated on Tuesday.

Harding was one of those players who has had to make the transition from the long putter to the shorter, unanchored putter, and the change appeared to have hampered the rest of his game too.

“Swing-wise it’s always been there or thereabouts,” he said. “I’ve been a bit wonky in terms of posture so it’s just about getting a little bit more comfortable standing over the ball and giving myself an opportunity to make better swings and attack some flags. The short putter is moving in the right direction. I wouldn’t say it’s quite there yet but it’s definitely getting better week by week so we’ll see what happens.”

Michael missed a two-footer for birdie on the 18th in a round that was otherwise characterised by really good putting. “The ball bobbled a little as I putted it,” said Michael, “but for the rest, the greens were great.

“And I hit a lot of irons off the tees. I’m hitting my irons really well, so I am confident enough to hit a five or six-iron into these greens. In the end, I only missed two greens all day,” he added.

In third place, qualifier Theunis Spangenberg was off early and he carded a five-under-par 65 to finish in third after the opening round, one ahead of Jaco van Zyl, who returned to tournament play after taking a three-week break after the Joburg Open.

Defending champion George Coetzee made a solid start with his two-under-par 68 for a share of sixth, a position he shared with 10 other players, including Shaun Norris who won last week’s Myanmar Open on the Asian Tour.