Happy Hull looking forward to round two at British Open 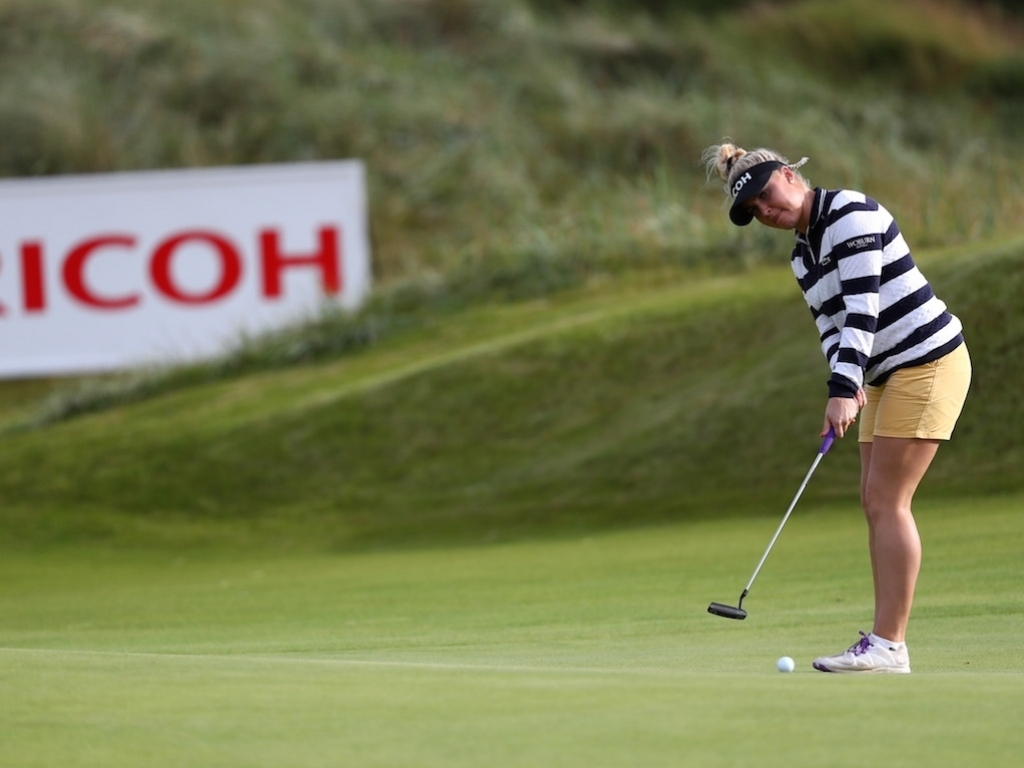 Despite a poor finish to her opening round at the Ricoh Women’s British Open, Charley Hull is satisfied with her ball striking and hopeful of going low on Friday.

Hull made a strong start to her challenge at Kingsbarns after going out in 33 and looked set to threaten the top of the leader board when an eagle attempt at the 11th dropped and took her within three of the summit.

The Englishwoman edged closer to Michelle Wie with a birdie at the par-five 15th, only to close with back-to-back bogeys on 16 and 17 on sluggish greens after a second weather delay caused by the rain.

In the end, Hull finished at four-under-par after carding a 68. That is four shots behind leader Wie. Despite that only being good enough for a seven-lady share of 10th place, the 21-year-old is optimistic about what the rest of the week holds for her.

"I was pretty happy about my round," Hull said.

“Shame about the three-putt on 17 and (bogey) at 16, but I actually hit good shots into the greens there.

"I'm pretty happy with the way I'm hitting it, and I'm looking forward to tomorrow's round. I think tomorrow I've just got to stay patient.

"Hopefully in the morning it'll be a little bit calmer and we won't have as much rain. I'm just going to go out there and have fun and hopefully shoot a good score."

Hull has only won once on both the LPGA and European Tour and has never won a major. It will be fascinating to see how she deals with the pressure if she can put herself in contention on Sunday.