Hadwin leads after record third round 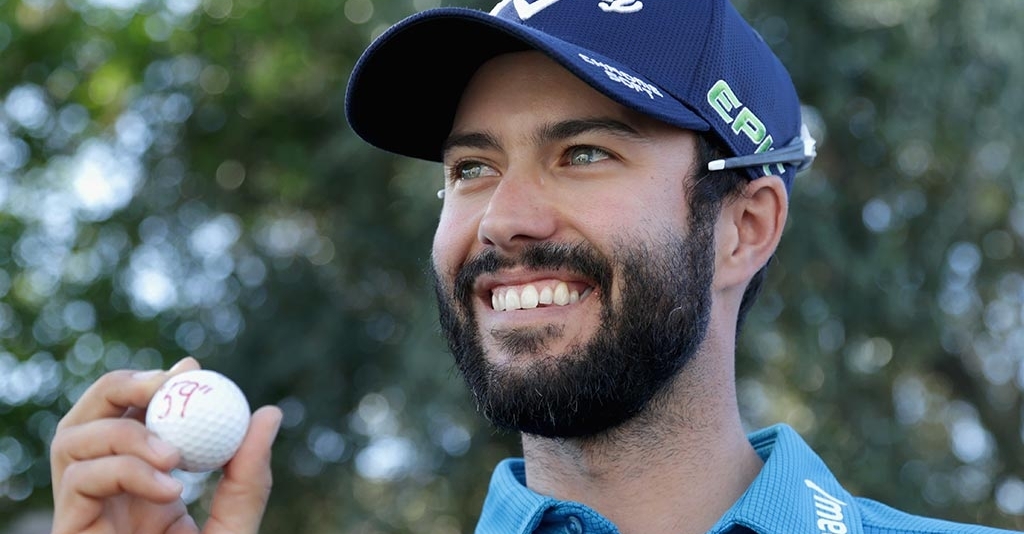 Canadian golfer Adam Hadwin leads the CareerBuilder Challenge third round in California by one stroke after firing a stunning 13-under-par round of 59 on Saturday.

Hadwin's stunning round was only the ninth sub-60 round in PGA Tour history and sees him at the top of the leaderboard on 17 under at the La Quinta Country Club, one shot ahead of American Dominic Bozzelli and two ahead of American's Brian Harman, Bud Cauley, Chad Campbell and Hudson Swafford all tied for third on 15 under.

The 29-year-old Hadwin becomes the first Canadian to break 60 and had opened the tournament with a round of 71 and then a 69 in the second round.

In a bogey-free third round, Hadwin nailed 13 birdies overall including, six in a row on the front nine then after a par on the eighth and a birdie on the ninth he scored five straight birdies on the back nine. His final birdie was on the 17th from seven feet and parred on the 18th hole for his 59.

When asked to describe his amazing round afterwards, Hadwin said, "Perfect, I guess.

"I got away with a few shots on the back. For whatever reason, I was making every putt I had. I haven't felt anything like it.