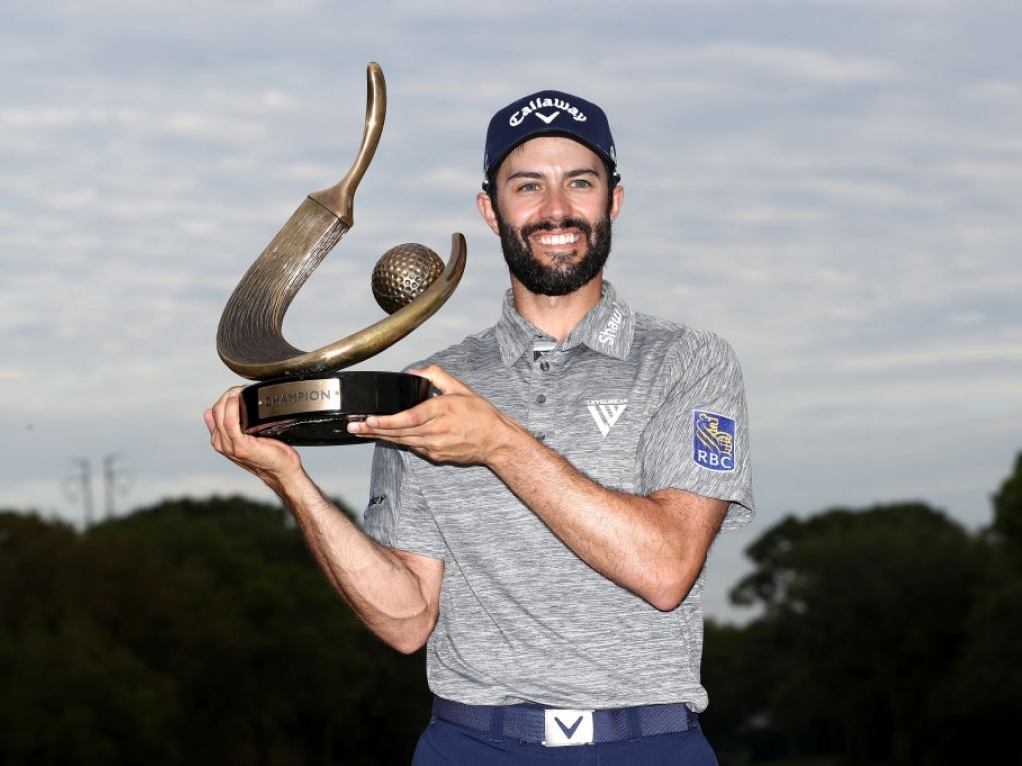 Canada’s Adam Hadwin survived a late scare on Sunday to win his first PGA Tour title with a one-shot victory at the Valspar Championship in Florida.

Hadwin started the final round with a four-shot lead over Patrick Cantlay, but looked like he was going to throw it away with two holes left when he hit his tee shot into the water at the par-four 16th .

The 29-year old ended up with a double bogey that put him level with playing partner Cantlay, but two pars over the closing holes were enough to seal the win as Cantlay bogeyed the 18th to hand Hadwin the victory with a 14-under par total.

Hadwin now qualifies for next month’s Masters, which may mean a delayed honeymoon as he is planning to get married on March 24.

Cantlay, a former number-one amateur, secured a tour card after grabbing second place in only his second start since 2014 after two years out with a stress fracture to his back.

Still, he wasn’t happy: "It doesn't really feel like much consolation at the moment," he said. "I didn't finish the deal."

Jim Herman and rookie Dominic Bozzelli tied for third place, two strokes behind Hadwin at 12 under.

Defending champion Charl Schwartzel carded a 68 to finish at nine-under par while Open champion Henrik Stenson was the top-placed European, shooting a final round of 70 to finish six shots back.