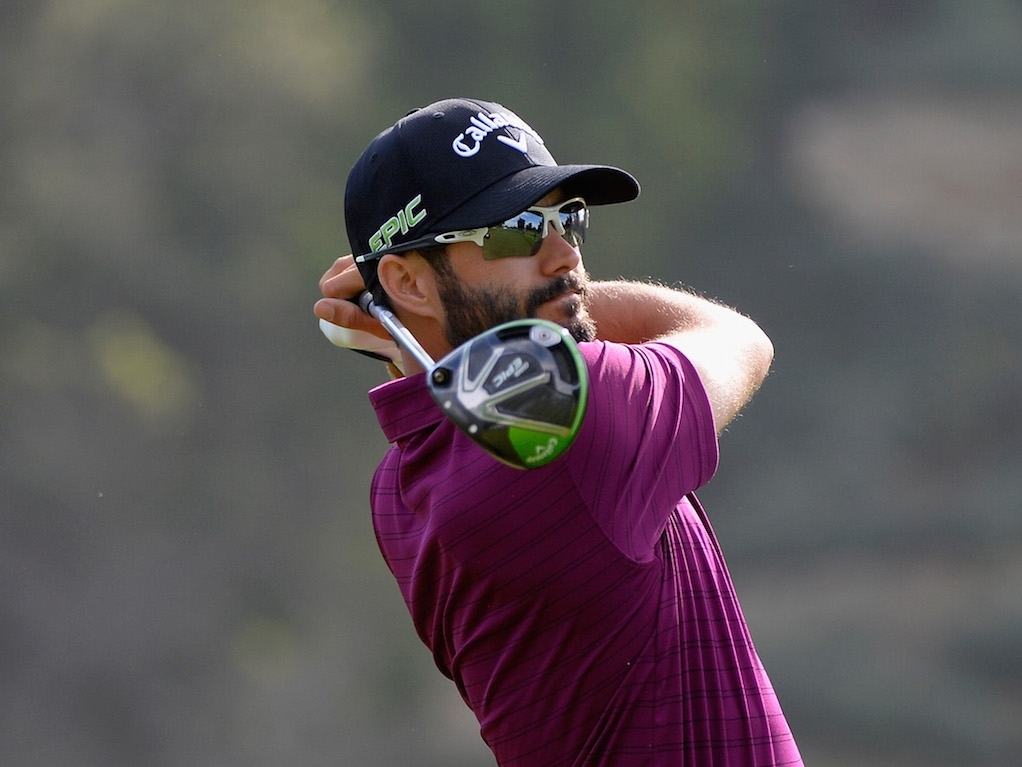 Canadian Adam Hadwin fired a seven-under-par 64 to grab the lead at the halfway point of the Valspar Championship.

The Copperhead Course at Innisbrook Resort is proving to be a brute of a track for some. Already the par-71 track has ensured that double Masters winner Bubba Watson, former world number one Luke Donald and three-time winner this season Justin Thomas have the weekend off. They all missed the cut.

However, others are not finding it quite as challenging.

On Thursday it was Jim Herman who carded a nine-under-par 61.

On Friday, it was the turn of Hadwin to take the limelight. He backed up his opening round of 68 with a sparkling 64, that contained eight birdies and one bogey, to be the leader at the halfway point of a PGA Tour event for the first time in his career.

Speaking afterwards, Hadwin, at 10-under-par, admitted he was happy with how the week was playing out.

"I hit some more quality golf shots today, gave myself a ton of looks out there and the putter stayed hot," Hadwin, who needed just 25 putts, told Golf Channel.

Herman is in second after consolidating on Friday with a solid level-par round that had two birdies but also two frustrating bogeys.

"I didn't hit the ball as close as I did yesterday," said Herman, who opened with 11 straight pars.

"But I'm happy with my position so close to the lead."

Another shot back is South African Tyrone Van Aswegan, who started at the 10th and made the turn at five-under 30 on his way to a 65.

Three strokes off the pace is British Open winner Henrik Stenson, a late starter who struggled with the swirling breezes after starting with a 64.

The Swede reached only 11 of 18 greens in regulation as he posted a 71 to stand tied for fourth.

"It's not blowing a lot but it keeps on swirling and turning on us.

"So it's quite tricky out there in the afternoon. I thought I kept my patience. Yeah, I could've been a shot or two better, but that's golf."