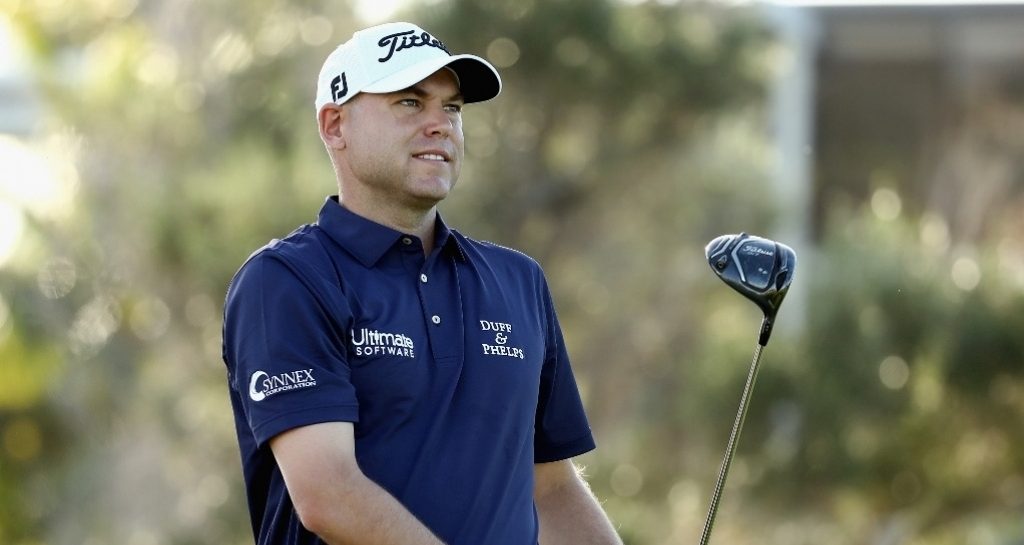 Bill Haas is set to play his first PGA Tour event since being involved in a car accident that resulted in the death of his friend.

The 35-year-old has committed to play in this week's Valspar Championship, with the February 13 crash that killed his friend Mark Gibello still fresh in his mind.

Haas was the passenger in a vehicle driven by Gibello when the crash occurred in Pacific Palisades, California – and was lucky to avoid serious injury.

The American admitted he still hasn't fully come to terms with the incident, or exactly how he should move forward.

"There's not many templates to go by on something like this," Haas told the Associated Press in his first interview since the accident. "I was in a state of shock, disbelief. It was a tragic event, traumatic. I'm still unsure how to handle it. I keep going back to focusing on the Gibello family."

Gibello was driving a Ferrari that hit two two cars – one of which belonged to actor Luke Wilson – before going off the road near Riviera Country Club. Haas was in town that week for the Genesis Open, staying at Gibello's house.

An @KTLA report saying Bill Haas was a passenger in this car accident that killed the driver. Actor Luke Wilson also may have been in an SUV that was involved as well. pic.twitter.com/zEBNKsuHzk

Haas was sitting in the passenger seat but miraculously escaped unscathed. He spent the night in hospital but was released the following day.

He hopes returning to the PGA Tour will provide him with a welcome distraction from all that's happened.

"The amount of love and support and outreach I got from my peers and friends has been amazing," Haas said "At the same time, a friend of mine is not here anymore. . . . There's just no real way to explain life, why it happens and how it happens. You can't take tomorrow for granted. You have to enjoy today and prepare for tomorrow. All that said, I still feel like I have to go compete. I can't just say golf doesn't matter. That's what I do. I think that's what Mark would want."