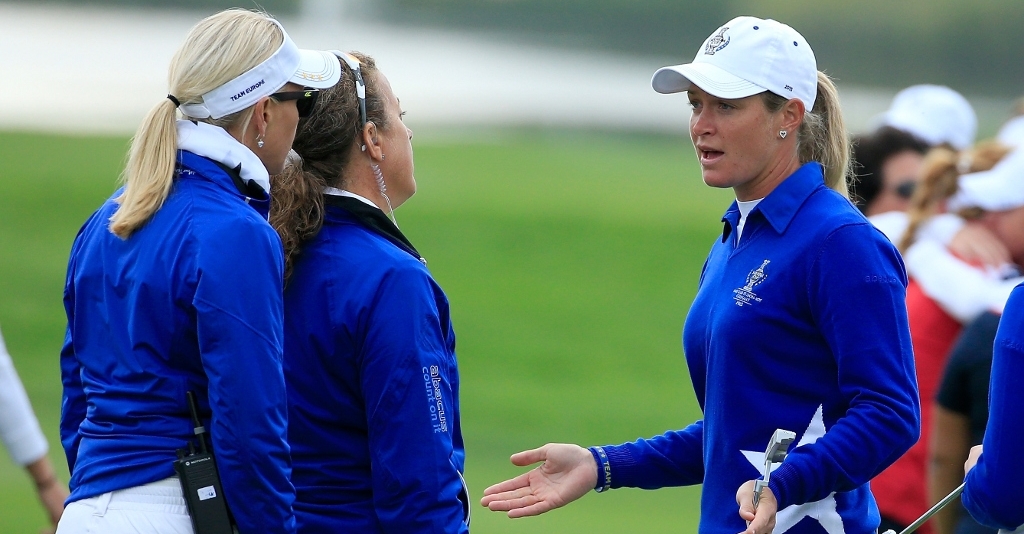 While initially defensive, Suzann Pettersen has now apologised for her actions during the final day of the Solheim Cup.

A furore erupted at the 17th hole of the fourballs match featuring Europe's Pettersen and Charley Hull, and the United States' Alison Lee and Brittany Lincicome.

After missing an eight-foot birdie putt, Lee picked up her ball as she thought her 18-inch par putt had been conceded and she believed that she had heard someone concede the putt.

However, Pettersen said that they had not conceded the putt and after discussions with the officials, Europe were awarded the hole to go one-up. A Hull birdie at the 18th would ensure that Europe won the match and valuable point.

Lee, a Solheim Cup rookie, and Hull broke down in tears at the conclusion of the match, and while Pettersen stuck to her guns at first, she released a statement on Monday saying she "never felt more gutted" and feels she let her team down with her conduct.

"I've never felt more gutted and truly sad about what went down on Sunday. I am so sorry for not thinking about the bigger picture in the heat of the battle and competition," she said.

"I was trying my hardest for my team and put the single match and the point that could be earned ahead of sportsmanship and the game of golf itself! I feel like I let my team down and I am sorry."

Pettersen's statement continued: "To the US team, you guys have a great leader in Juli , who I've always looked up to and respect so much. Knowing I need to make things 'right', I had a face to face chat with her before leaving Germany this morning to tell her in person how I really feel about all of this. I wanted her also to know that I am sorry.

"I hope in time the US team will forgive me and know that I have learned a valuable lesson about what is truly important in this great game of golf which has given me so much in my life.

"To the fans of golf who watched the competition on TV, I am sorry for the way I carried myself. I can be so much better and being an ambassador for this great game means a lot to me.

"The Solheim Cup has been a huge part of my career. I wish I could change Sunday for many reasons. Unfortunately I can't. This week I want to push forward toward another opportunity to earn the Solheim Cup back for Europe in the right way.

"I want to work hard to earn back your belief in me as someone who plays hard, plays fair and plays the great game of golf the right way."