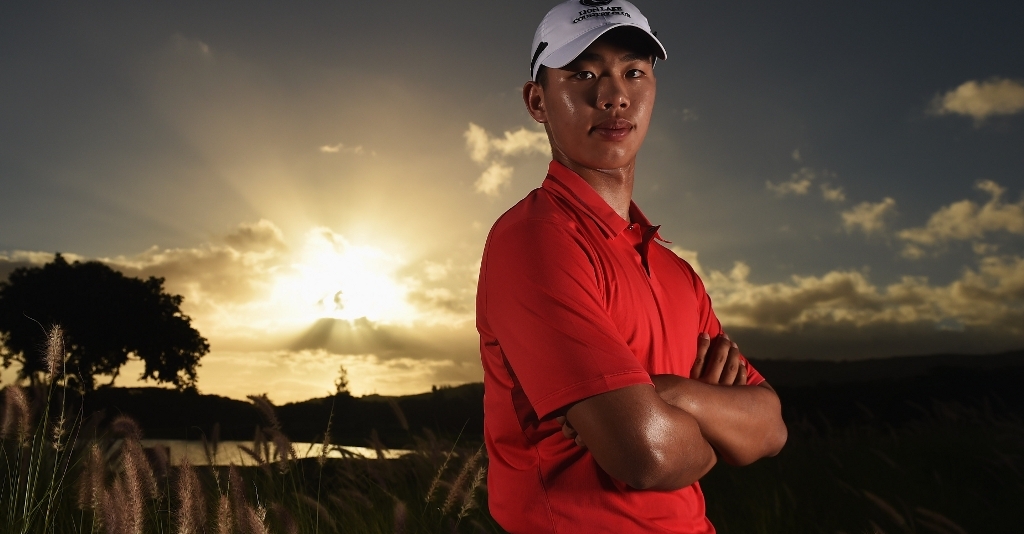 Chinese prodigy Guan Tianlang is hoping to return to the Masters tournament with a win at the Asia-Pacific Amateur Championship.

The 2013 season was a record-breaking one for the teenage star, as he became the youngest golfer to make the cut at a major championship event when he finished 58th at the Masters in Augusta.

Having earned his place at the 2013 Masters by winning the AAC in Thailand, Guan has said that he is working hard to replicate his amazing achievement by doing the same at this year’s tournament in Hong Kong.

"The AAC is the best amateur event in the region and the most important tournament to me every year," he told scmp.com.

"I have always done well at this tournament and it is very special to me.

“The experience at the Masters was two years ago and I am eager to win again this year so I can return to Augusta National in 2016. I’ve been working hard to get ready for the tournament. I can’t wait to give my best and hold aloft that trophy on Sunday afternoon.”

Still only 16 years of age, Guan has said that it is hard to stay on top of his game while trying to balance his school work but he is still confident in his ability to add another AAC title in his trophy cabinet.

"It is a lot of work when you have to go to school and then try to improve your game at the same time," the teenager explained.

"My body has been growing in the past two years so I need some time to adjust, amongst other things, my swing and body frame.

"The schoolwork is getting harder and harder, too, so it has been very challenging. However, I believe, as long as you do all you can, you will have no regrets and be rewarded. I still believe I am one of the best amateur golfers in the world and I am capable of winning again this year."

Last year, Tianlang finished tied for fifth in Melbourne and was among the leaders throughout the tournament until he fell away on the final day.

However, the Chinese player has said that he enjoyed the AAC last year and that since he still young everything is a learning experience for him.

"The AAC at Royal Melbourne was a wonderful memory for me," added Tianlang.

"I had a slightly disappointing finish but I gained a lot of experience by playing in the last group.

"A year has passed and I have learned many new things, but I have also noticed the gap between the top players and myself. All I want to do is to play my best and enjoy the tournament."