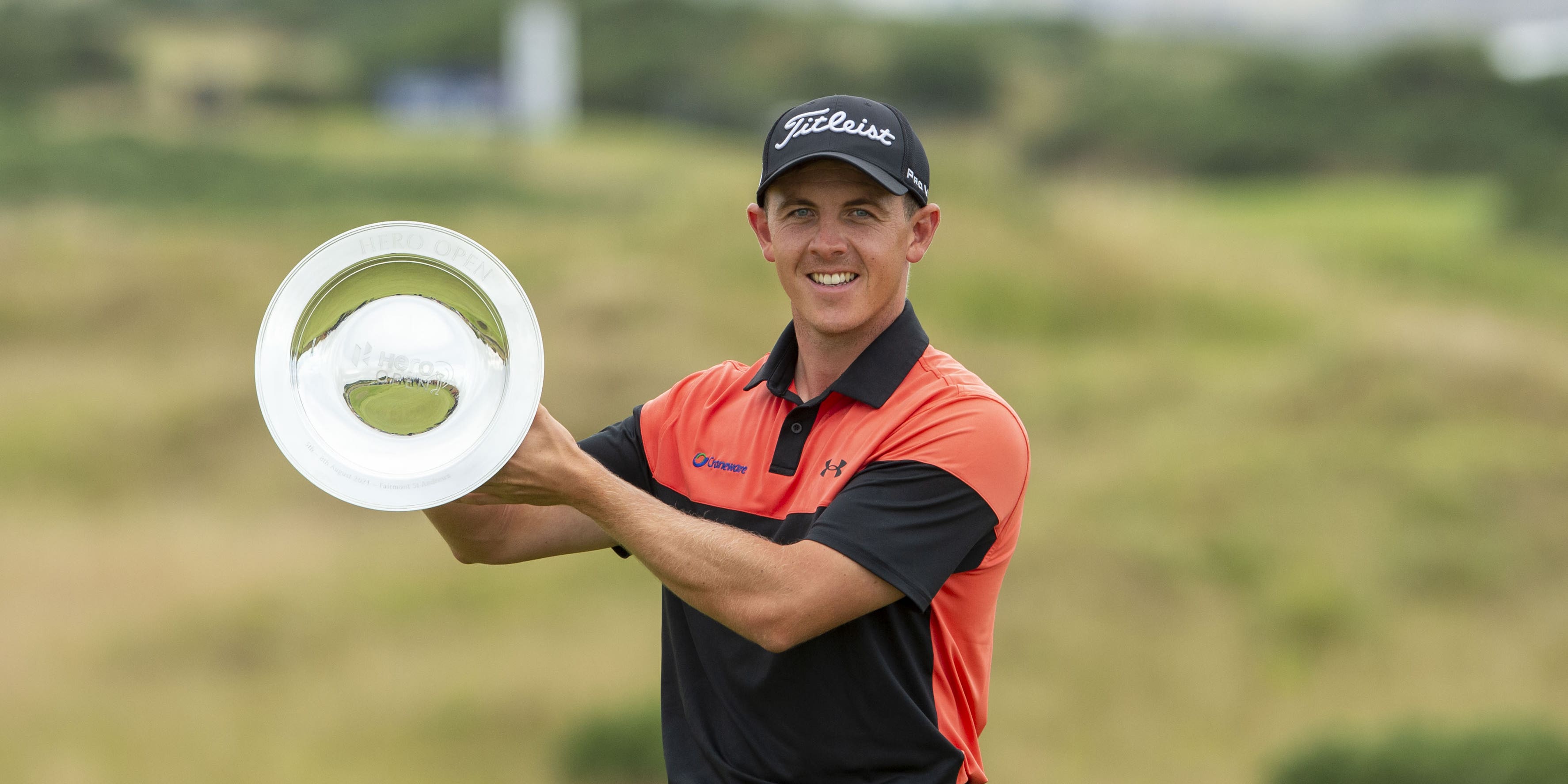 Scotland’s Grant Forrest produced a grandstand finish to hold off a brilliant challenge from James Morrison to win his first European Tour title in the Hero Open.

Forrest birdied the last two holes at Fairmont St Andrews to finish a shot ahead of Morrison on 24 under par, the Englishman having surged through the field with a superb 63 to set the clubhouse target.

A final round of 66 means Forrest is the first Scottish player to win on home soil since former Open champion Paul Lawrie won the Johnnie Walker Championship at Gleneagles in 2012.

And it was an emotional victory in front of around 30 friends and family members for Forrest, who won the Scottish Amateur Championship in the same year, just three weeks after the death of his father, Graeme, from cancer.

“There’s so many emotions,” Forrest said. “To do it in front of everyone that’s come up to support me – the last year and a half has been a real challenge, on and off the course.

“We’ve been through quite a lot as a family. To do it here it’s what I’ve always dreamed of to win a European Tour event.

“Losing my dad in 2012 was a big change in our lives. It’s not an easy thing to deal with and we’ve all dealt with it in different ways. I think I’ve just put a lot into golf and obviously wish he was here to see this; he would be so chuffed.

“He’s been the big inspiration and a lot of the reason that I’ve really knuckled down and kept going when times were tough. It will take a while to sink in. I’m just delighted. I think there’s a big party at the in-laws tonight so we’ll enjoy that.”

Forrest began the day tied for the lead with compatriot Calum Hill, who moved two shots clear with birdies on the third and fifth and an eagle on the par-five sixth.

However, Forrest recovered from a bogey on the second with birdies on the third, fourth, sixth and eighth to close within a shot before Hill surprisingly three-putted the ninth from 12 feet.

Hill’s bid for a first European Tour title suffered an even bigger blow on the next when he followed a pulled drive by hitting his second shot into a gorse bush.

The 26-year-old eventually signed for a double-bogey six and with playing partner Forrest making a birdie on the same hole, the 28-year-old suddenly enjoyed a three-shot lead.

Another birdie on the 11th briefly took Forrest four shots ahead, but the chasing pack had certainly not given up hope and Morrison made five birdies in a row from the 11th to get within a shot of the lead.

Forrest’s three-putt bogey on the 16th dropped him back into a tie for the lead and moments later Morrison birdied the 18th to edge in front, but Forrest responded with a superb tee shot to three feet to birdie the 17th and then two-putted the par-five 18th for another to seal victory.

Spain’s Santiago Tarrio birdied the 18th to secure third place on 21 under, with Hill and David Law another stroke back.