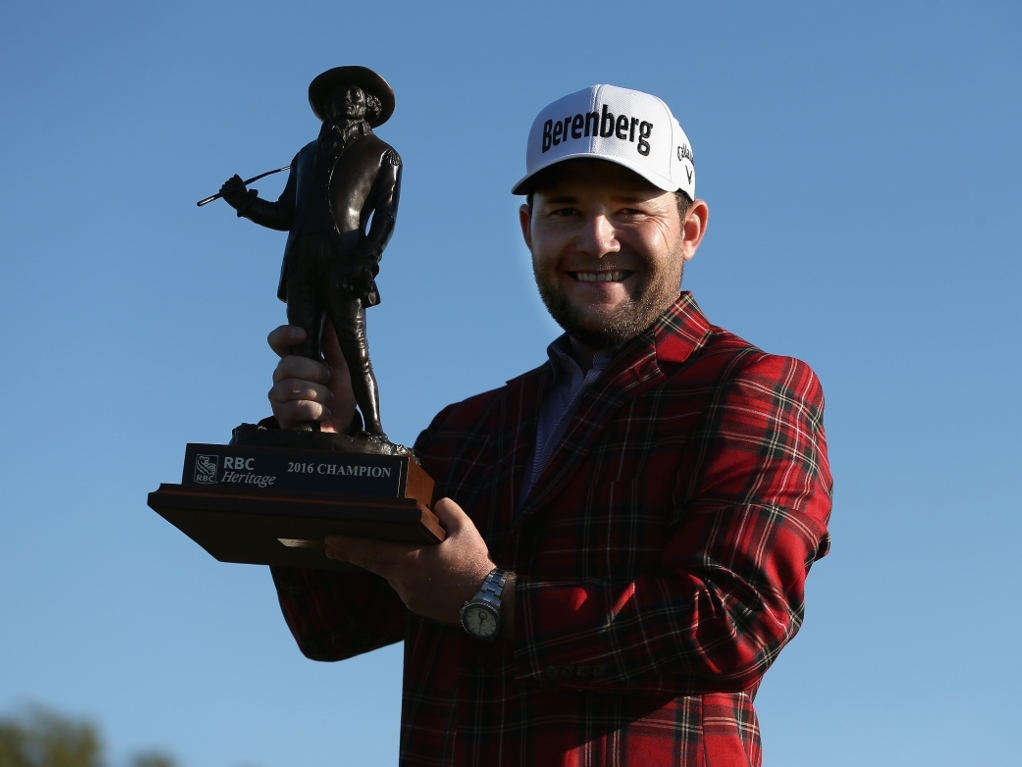 Branden Grace carded a five-under-par 66 on Sunday to win the RBC Heritage by two strokes.

Grace ended the tournament on nine-under, edging out overnight leader Luke Donald, who finished in a tie for second with Russell Knox on seven-under, to secure his first PGA Tour title.

Bryson DeChambeau, who was playing in his first tournament as a professional, and Kevin Na were in a tie for fourth on five-under.

Meanwhile, world number one Jason Day rebounded after a dismal third round and managed to finish in a tie for 23rd on one-under.

Grace entered the final round three shots behind Donald, but quickly closed the gap after a brilliant front nine, which began with consecutive birdies at the first and second. The South African faltered with a bogey at the fourth, but came roaring back with a trio of birdies to round off the front nine.

Grace also took advantage of Donald’s struggles and put himself in control with successive birdies at the 12th and 13th. The 27-year-old was not made to pay for a bogey at the 17th as the chasing pack came up short.

Donald, who fired a level-par 71, had to wait until the seventh for his first birdie where he converted a 24-foot putt at the seventh. He stumbled at the next hole as he recorded a bogey after his tee shot found the water, but was level with Grace after making a birdie at the ninth.

However, Grace pulled ahead on the back nine, with the Englishman unable to get a run going, with a lone bogey at the 10th, after a missed 13-foot par putt his lone deviation from par.

Knox, who recorded a 67, was in superb form on the front nine as he made four birdies, which included a 17-foot birdie putt at the ninth. However, he was unable to maintain his momentum on the back nine which he completed in level par.

DeChambeau surged up nine spots on the leaderboard on Sunday after registering a 68, which saw him make five birdies and two bogeys. Na climbed up four spots following a final round 69, which consisted of five birdies, including a 34-foot putt at the 14th, a bogey and a double bogey at the par-three fourth.

Meanwhile, Day shot up 17 places on the leaderboard after carding a 68. The Australian, who hit a season-worst 79 on Saturday, admitted to being fatigued, but was able to finish eight back and head into a week's break on a positive note.