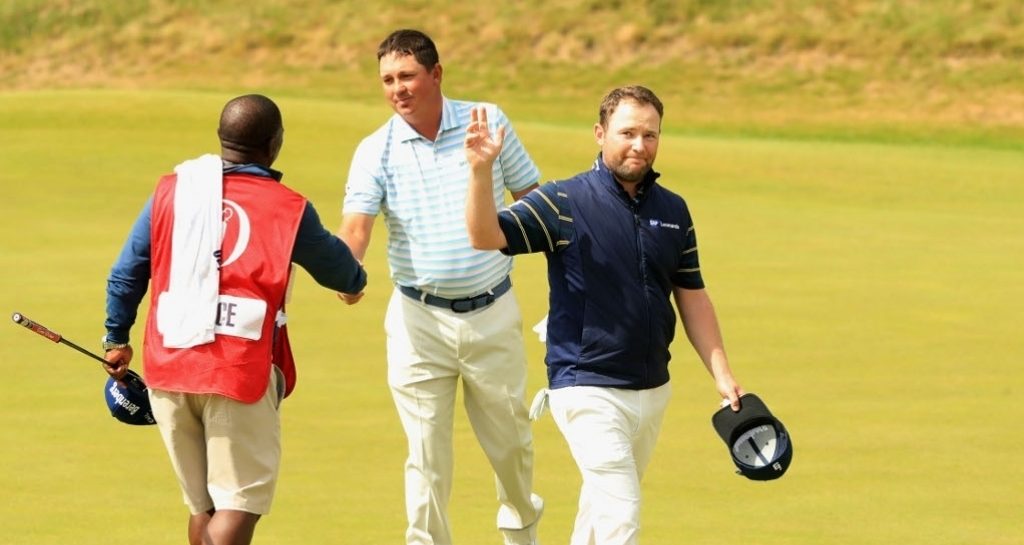 Branden Grace wrote his name in the record books at the Open Championship on Saturday by becoming the first man in the history of the majors to card a 62.

The South African's incredible round at Royal Birkdale vaulted him 43 places up the leaderboard and into a share of second place, just two shots behind leader Jordan Spieth, who was yet to tee off.

As historic an achievement as it was in isolation, Grace will have to put all that aside for the time being and realise that he's also given himself a great chance of winning the tournament.

How Branden made history. A closer look at @BrandenGrace's record-breaking round. #TheOpen pic.twitter.com/MBIwx4rMwb

Win or lose, however, Grace's round will long be remembered – though some reckon Birkdale is there for the taking, and that another 62 or even better could be in the offing.

Afterwards, Grace's caddie Zach Rasego said they only realised on the 18th green that he was on the verge of doing something great.

"We had no idea until the last hole when Jason Dufner's caddie said this putt is for history. A golf score is a golf score."

Grace's bogey-free round featured birdies at the first, third, fourth, eighth, ninth, 14th, 16th and 17th – with a crucial par save at the last securing the historic number.

"We knew what the score was, but I had no idea I was about to shoot the lowest round ever. It's nice to get in the zone like that, when you don't really know what's going on," Grace said.

"My main thing was not wanting to finish with a bogey. To seal the thing was pretty special.

"I was in the zone, trying to finish the round and it's never nice to finish with a bogey. After I made it, my caddie told me the situation and that made it even better.

"It's awesome. Dustin (Johnson) is playing well as well so I'm sure he has a chance – but I'll like it while it lasts.

"I'm playing some good golf, hopefully I can go out tomorrow and play well."