Celebs Cram into Slaley Hall to raise £20,000 for children’s charity 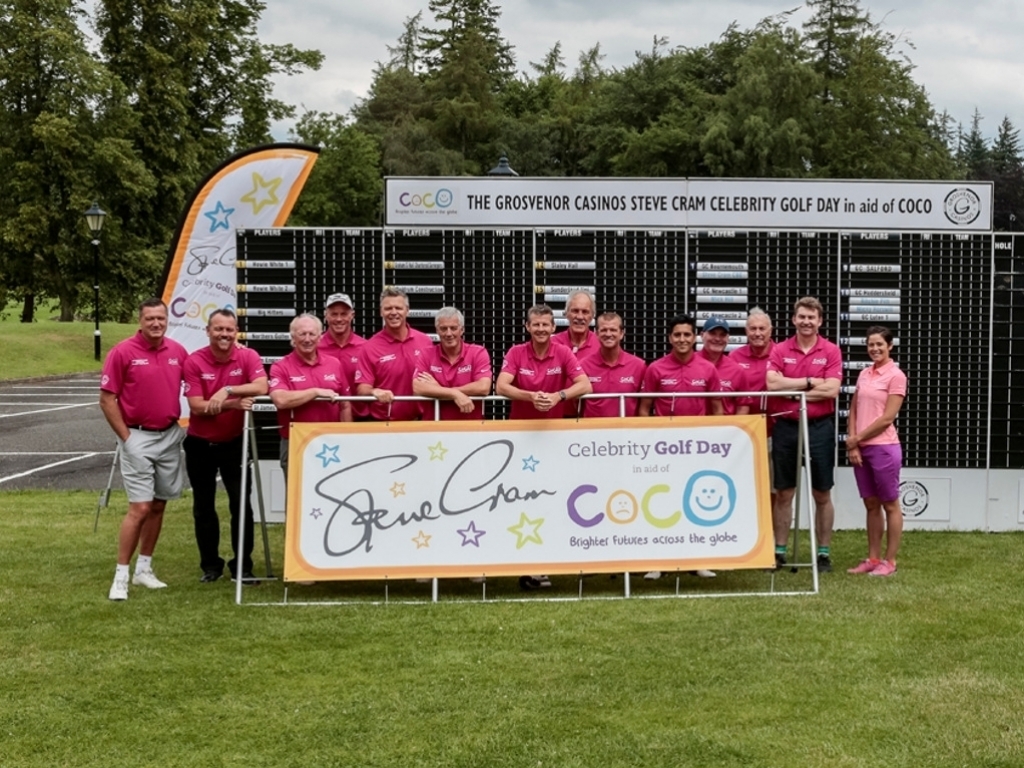 Many familiar faces trod the fairways at Slaley Hall, in Northumberland, as the children’s charity COCO held its 14th annual Steve Cram Celebrity Golf Day at the venue.

Teams from Harry’s Bar (Hunting) and Grosvenor Casinos Newcastle (Priestman) won the golf on the day, but COCO (Comrades of Children Overseas) was the biggest winner of all as the celebrities helped to raise more than £20,000 for the charity’s work in East Africa.

Newcastle upon Tyne-based COCO works with rural communities in East Africa to provide children with access to the education essential for a good start in life. It was founded by former world 1,500m champion and world-record holder Steve Cram CBE and British Army Major Jim Panton, in 2000, and has subsequently raised more than £3.8 million to fund small, sustainable, community-led initiatives.

COCO and its partners have now undertaken 50 transformational programmes in 16 countries, impacting positively the lives of more than 150,000 people and is currently operating in Tanzania, Kenya and Uganda.

The event was sponsored by Grosvenor Casinos, which brought 16 teams from across the country, from Dundee to Bournemouth.

Cram said: “We have enjoyed another fantastic day of golf and fundraising at Slaley Hall. As always, the golf day has been brilliantly supported by my friends in the world of sport and by the region’s business community.

“It’s a real pleasure to play at this venue – we saw some keen competition out on the course, but also a lot of fun. Crucially, we are all determined to raise a lot of money for COCO and that is going to make a huge difference when it is invested into the charity’s fantastic projects in East Africa.”

Part of the award-winning QHotels group, Slaley Hall – voted ‘Best Golf Hotel/Resort in the North of England’ for the third successive year in the 2017 Today’s Golfer Travel Awards – is set in 1,000 acres of Northumberland moorland and forest. It is a magnificent four-star hotel in an elegant Edwardian mansion, with two challenging championship courses – the Hunting and the Priestman – which have played host to no fewer than 18 European Tour and European Senior Tour events.