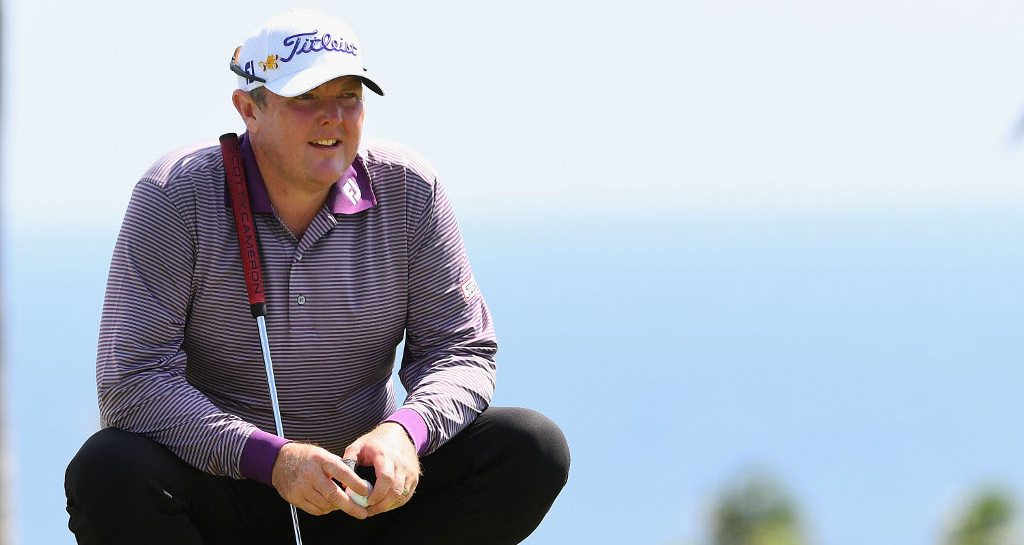 Golfers from around the world have paid tribute to Australian golfer Jarrod Lyle, who died on Wednesday aged 36 following a long battle with cancer.

Last week his family announced that he had ceased treatment for leukaemia and would begin palliative care at home.

He died in the company of family and friends in Victoria, Golf Australia said in a statement.

Lyle won twice on the Nationwide Tour in 2008 and reached a highest ranking of 142. His last tournament was in 2017.

His wife, Briony, said in a statement that: “It breaks my heart to tell everyone that Jarrod is no longer with us.”

“He asked that I provide a simple message: ‘Thanks for your support, it meant the world. My time was short, but if I’ve helped people think and act on behalf of those families who suffer through cancer, hopefully it wasn’t wasted.'”

Lyle leaves behind his wife and daughters Lusi, six, and Jemma, two.

Figures from around the golf world were quick to pay tribute.

We are very sad to hear of Jarrod Lyle’s passing. He fought a good fight and will be forever remembered for his courage, strength, perseverance and the light he brought to all of our lives. The world lost a good man. RIP Jarrod. – Ernie, Liezl, Samantha and Ben

It is through a river of tears I say goodbye to my friend Jarrod Lyle. A wonderful father, friend and golfer. Quick with a joke, didn’t mind a beer, and just a pure joy to be around every day. Miss you mate. RIP

Deeply saddened to hear about the passing of my friend Jarrod Lyle. Jarrod will forever be an inspiration to us alI. Ellie, Dash, Lucy and I send condolences to Briony, Lusi and Jemma. Rest easy mate. We will miss you.

Incredibly sad news about Jarrod Lyle. Tough times for everyone on tour losing someone so special but I cannot imagine what he and his family went and are going through. RIP

Revelation 21:4
He'll will wipe
away every tear
from their eyes,
and death shall
be no more,
neither shall
there be mourning,
nor crying, nor pain anymore for the
former things have passed away#jarrodlyle pic.twitter.com/c3TSzMqtkD

My fiancé Kelley and I have been so moved by the support for Jarrod Lyle and his family that we wanted to help with Lusi and Jemma’s education by donating to link below, hopefully you can help too! 📚✏️ https://t.co/rjMmibjQDO