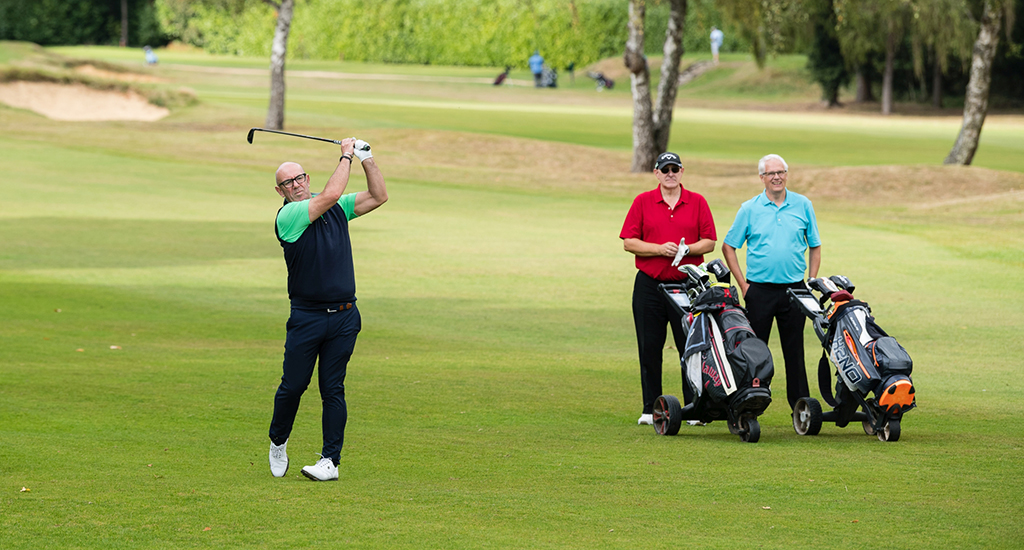 As always with the charity day, the purpose was for members of the magazine’s online forum to raise as much money as possible, to support military personnel who have been wounded, injured or become sick as a result of their service. And, in its 10th year, forum members managed to take the total funds raised past the £130,000 mark.

Golfers travelled across the country to enjoy the Harry Colt-designed course at Tandridge – a Golf Monthly Top 100 course. It is also the home club of the magazine’s course expert, Rob Smith, who admitted that he had asked the greenkeepers to have the putting surfaces running at club championship levels of speed and quality.

The course was in splendid condition and participants were blessed with sunshine throughout, enabling them to enjoy splendid views of the Surrey North Downs and the High Weald. The course tested all who challenged it, but, as well as plenty of high scores, there were also plenty of birdie opportunities as well.

First prize on the day for forum members went to Duncan Mackie, whose 38 points were enough to win on countback from ‘Hooker’. Fiona Gray, from Battle Back Golf, a programme that uses golf to enhance recovery among wounded, injured and sick service personnel, put together the best guest score with 39 points, and also won the team prize alongside forum members ‘Teegirl’, ‘Sawtooth’ and ‘Diablo’.

She also won the ladies long-drive contest on the ninth hole, while Golf Monthly‘s digital editor, Neil Tappin, won the men’s competition on the same hole.

The winner on the day, Mackie, posted on the forum: “Many thanks to the greens staff and my playing partners -and the weather organisers and caterers – for making it one of the most enjoyable rounds of golf I’ve ever had. (I’ve) played the course a few times over the last 40 years and it was in the best condition I’ve ever seen it …”

Golf Monthly editor Mike Harris, who also took part, said: “After the golf had been completed everyone got stuck into the incredibly delicious carvery and Tandridge pudding that left all on-comers full and utterly content.

“Then, a poignant speech by Barrie Griffiths, a beneficiary ambassador for Help for Heroes, reminded us all why charity days are so important. The money raised has such a huge effect.”