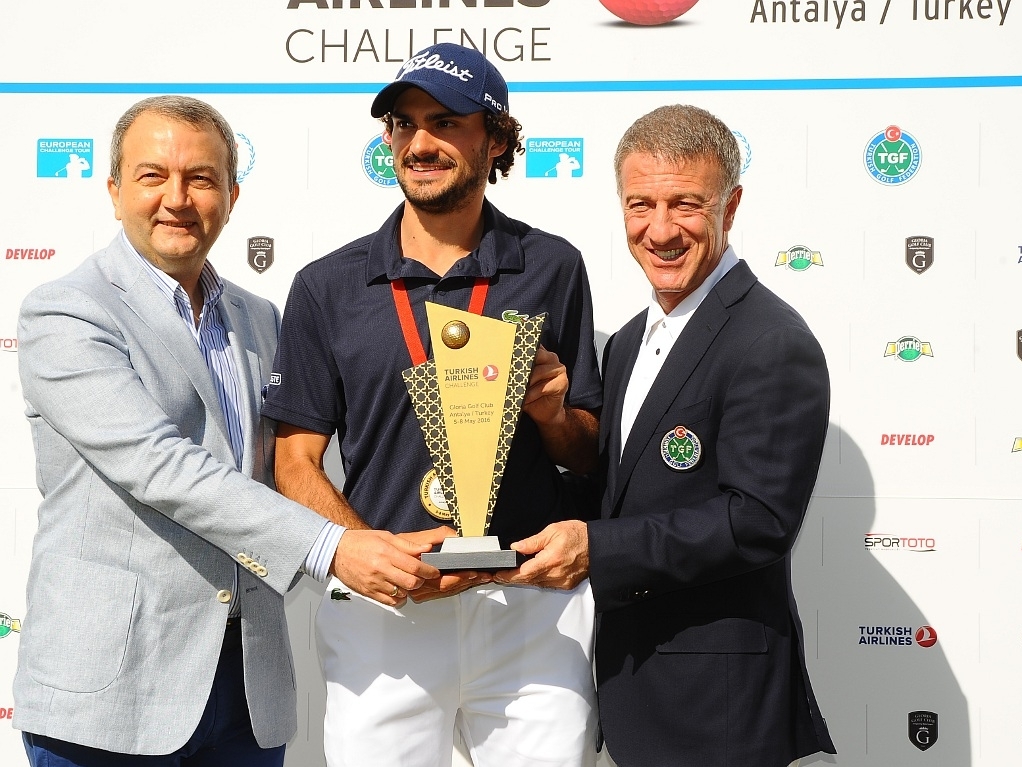 Gloria Golf Club is celebrating a hat-trick with the news it has been chosen as the host of the 2017 Turkish Airlines Challenge Tour event for the third successive year.

The stunning five-star Mediterranean resort in Belek provided the stage for Frenchman Clément Sordet to claim victory in May and the tournament has now been confirmed on the Challenge Tour schedule for the next three seasons.

After staging the tournament on the Old Course in 2015, Gloria's New Course was used for the first time this year to rave reviews from the players and officials and will again be the venue at next year's event.

The event will switch from the south coast to northern Turkey at Samsun in 2018 and 2019 to promote the country's golf tourism drive. But Gloria's director of golf, David Clare, believes the club has again shown its abilities of hosting top-level events.

Clare said: "This year's event was one of the best ever. The course was immaculate and we received such positive feedback from the players and officials alike. The fact they were staying on site at the Gloria hotels makes the whole event one of the best weeks on the Challenge Tour for all involved.

"We are delighted to host the next event at Gloria. We have used both courses – the Old and New – and as these players travel around the world, they are important ambassadors for us as they tell people how good the Gloria experience was.

"It is very important that we keep hosting such events with the European Tour as it is the perfect platform not just to show off the quality of courses we have here, but also the fantastic hotels and services available. Players, officials and the golfing public realise why it is such a unique golfing destination.

"The tournament director, Mats Lanner, was delighted with everything and we have a work plan in place for next year already to guarantee the course will be presented immaculately. The general feedback was that is one of the best weeks of the Challenge Tour season.

"We love hosting the event and seeing these fantastic golfers playing on our course. We would love to host more and more high-profile tournaments in the future."

Aside from the two 18-hole courses, there is a nine-hole academy course and outstanding practice facilities. But spectators and holidaymakers can enjoy the huge range of facilities the resort has to offer at one of the nearby five-star hotels of the Gloria Hotels & Resorts: Gloria Serenity Resort, Gloria Golf Resort and Gloria Verde Resort – all situated just 45 minutes from Antalya airport.

Challenge Tour director, Alain de Soultrait, was also impressed by Gloria's staging of the latest edition of the event.

He said: "This week once again was an excellent tournament, well organised and with Gloria Golf Club ensuring the course and the set up were of the highest standard.

"The Challenge Tour is proud of the important role it plays in growing the game globally and to see tournaments like this improve every year is heartening for us – we cannot wait to return next year."