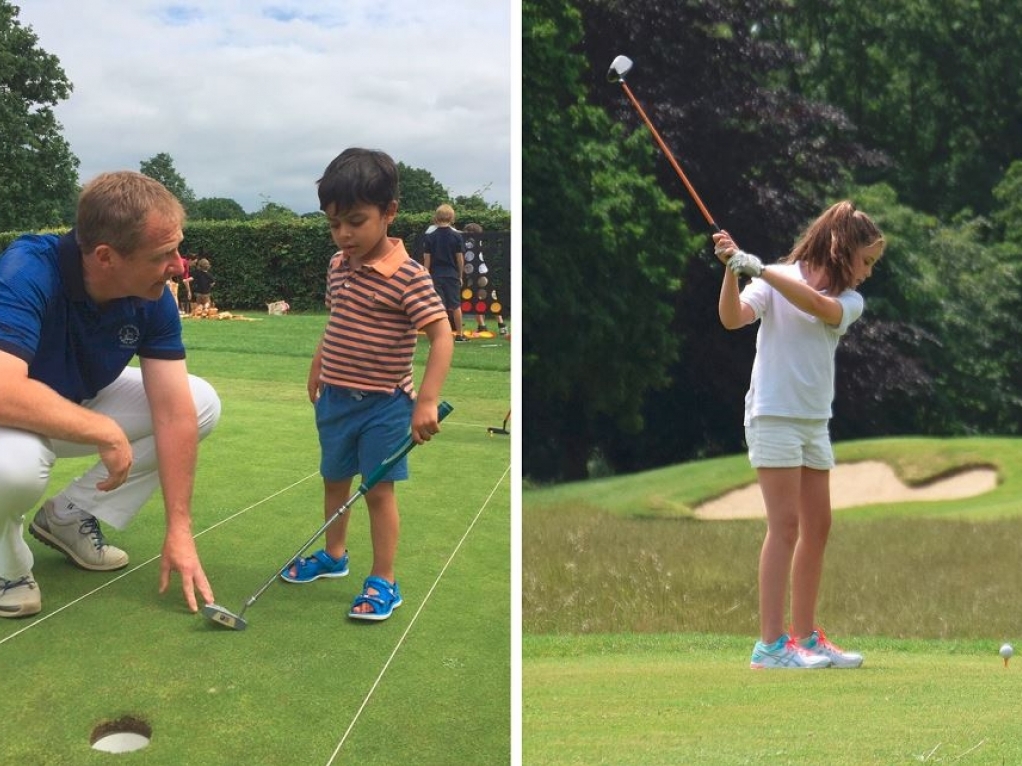 Philip Glenister and Sir Tom Courtenay were among the stars to welcome guests at a series of open days held by The Richmond Golf Club as part of the club’s 125th anniversary celebrations.

Keen golfers Glenister and Courtenay, leading actors of the stage and screen, helped provide a theatrical reception to guests as part of their membership of the Stage Golfing Society, which has been based at the prestigious London club since 1948.

Included among the guests of honour at the four events were the Mayor of Richmond, Councillor David Linette, as well as leaders of local businesses, schools and community groups and representatives from local charities.

The series of events was rounded off with a family day where more than 100 children had the chance to play golf for the first time.

Charles Irving, captain at The Richmond Golf Club, who has made family and juniors a key focus for his tenure this year, said: “I am a firm believer that the participation of families will sustain all golf clubs in the long term.  By creating a setting for families and juniors to enjoy the game, it will hopefully allow our club to last another 125 years and more.

“The family day was a fantastic chance for children of all ages to come along and give golf a go in a relaxed environment.  It was wonderful to see how quickly they grasped the basics of the game, and the event provided a fantastic finale to our summer open days.”

In addition to golf, guests at the celebratory events enjoyed the full hospitality of the club, which included a tour of Sudbrook Mansion, and a superb lunch served in the Cube Room of the club’s 300-year-old Grade One listed clubhouse, which The Richmond Golf Club purchased from the Crown Estate earlier this year.

Situated just nine miles from central London in the village of Petersham, The Richmond Golf Club is a private members’ club that offers an outstanding golf experience and where new members and visitors are warmly welcomed.  The club is steeped in history, with politicians and royalty including the future King George VI (captain in 1924) among its early members.

Set in parkland adjoining Richmond Park and Ham Common, the par-70 course, which was originally laid out by prolific golf architect Tom Dunn in 1891, provides one of London’s most challenging and beautiful parkland layouts.