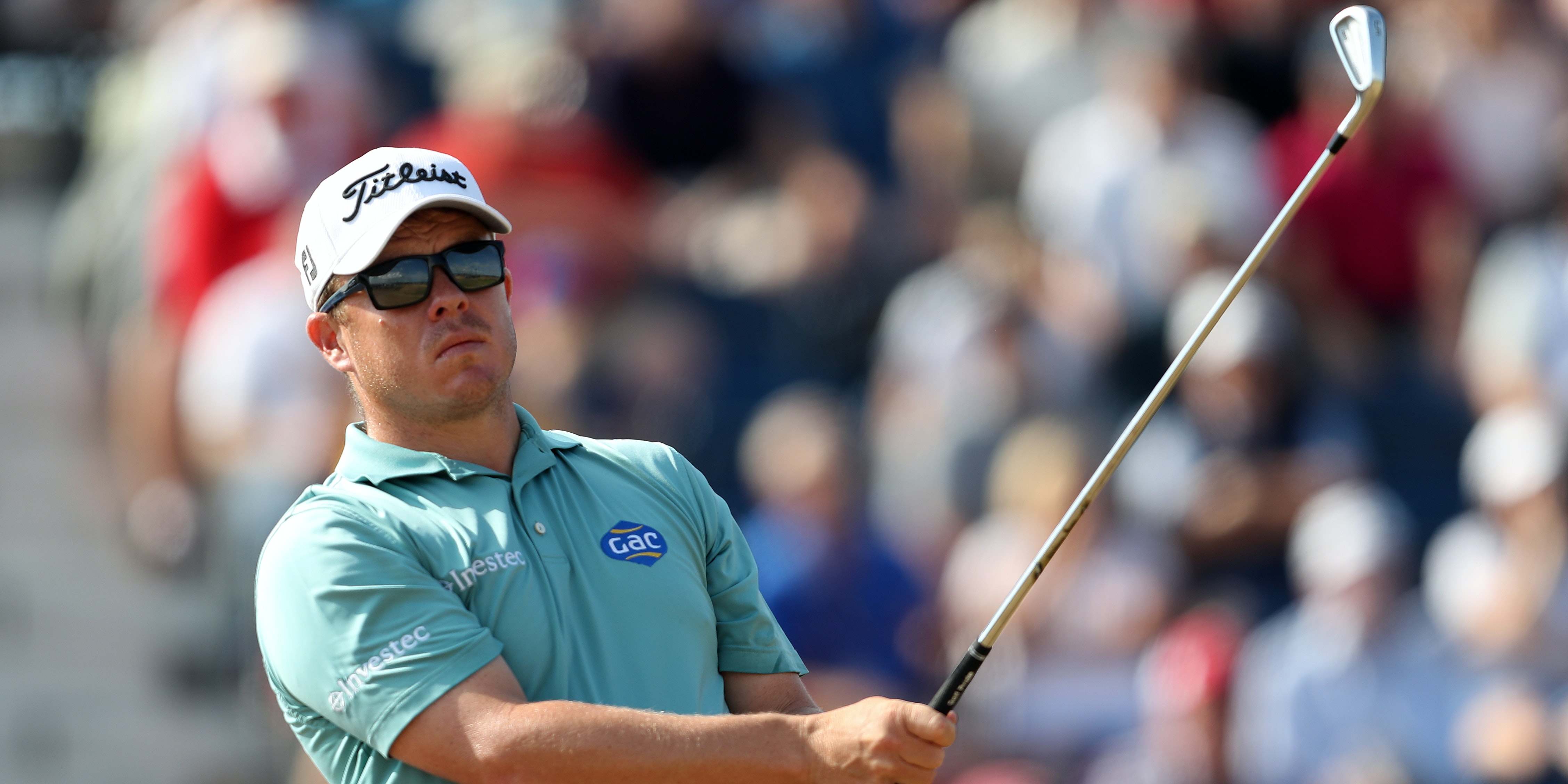 George Coetzee put himself in contention to win for the second week in a row after his eagle-birdie finish handed him a one-shot lead ahead of the final round of the Portugal Masters.

The South African began the day eight shots behind halfway leader Julien Guerrier after the Frenchman followed up his opening 62 with a brilliant 66 on Friday to head into the weekend on 14 under par.

But as Guerrier slipped back towards the rest of the field after failing to make a birdie on Saturday, Coetzee produced a marvellous 66 that contained an eagle, four birdies and a single bogey to move to 11 under and take over at the top of the leaderboard.

Guerrier and Masahiro Kawamura were Coetzee’s closest challengers on 10 under, with Niklas Lemke and England’s Laurie Canter another shot back in a tie for fourth.

Coetzee, who arrived in Portugal fresh from winning the Titleist Championship at Pretoria Country Club on the Sunshine Tour last week, reached the turn in 34 shots after sandwiching a bogey on the seventh between birdies at the fourth and eighth.

After taking advantage of the par-four 15th for the third day in a row, Coetzee came agonisingly close to holing his approach into the long 17th for an albatross but had to settle for a tap-in eagle to climb to 10 under.

And he finished off with a confident 12-foot birdie putt at the last.

Coetzee was delighted with his eagle on the 17th but admitted an albatross would have been something special.

He said: “It would have been nice. I was actually watching earlier on in the week the top 10 shots they have had at this event and I didn’t think anything of it until I saw that ball rolling and I thought ‘Ah, this could be number one!’ but in the end I’m really happy where it finished.

“I was fortunate enough to be right next to Laurie (Canter) and he hit six iron rather smooth, so it made it an easy decision for me to lift the seven iron and it ended up being the perfect club.”

World number 16 Tommy Fleetwood was five shots behind Coetzee after making four birdies in a row on his back nine to sign for a third-round 68.