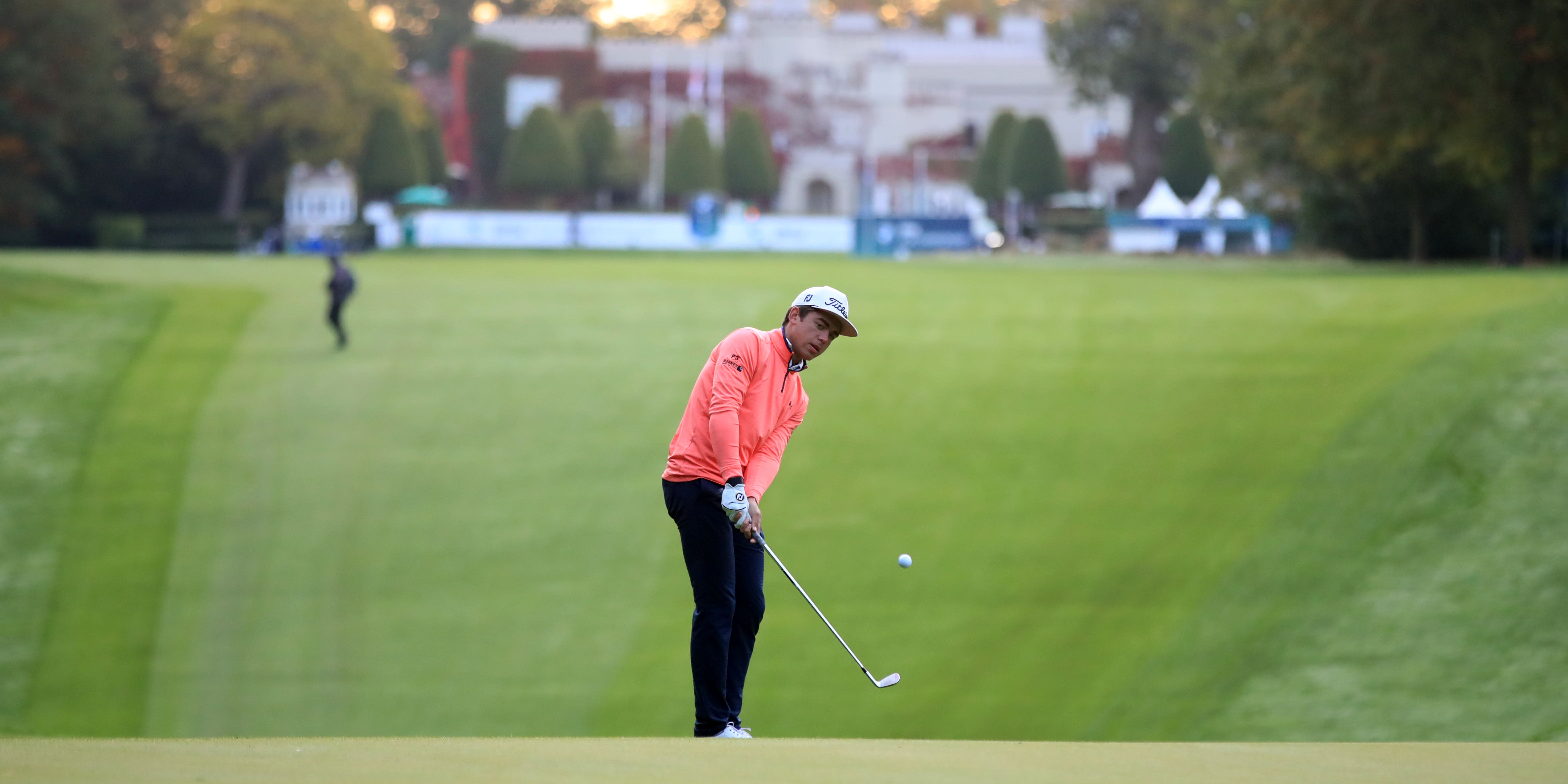 The 21-year-old left-hander took a two-shot lead into the final round at Meloneras Golf and carded a flawless closing 63 to finish 25 under par.

Germany’s Max Kieffer, who lost out in a five-hole play-off in the Austrian Open seven days ago, finished three shots adrift following a final round of 62, which included an eagle and seven birdies.

Higgo made the ideal start to the final round as he followed a birdie on the second by chipping in for an eagle on the fourth, with birdies on the ninth and 10th giving him a four-shot cushion.

Kieffer kept the pressure on by driving the green on the short par-four 10th to set up an eagle and four birdies in the next six holes took the German to within two shots of the lead, but Higgo crucially got up and down to save par on the 17th and finished in style with a birdie on the last.

“It’s awesome,” Higgo, who won the Open de Portugal in September last year, said. “It hasn’t sunk in yet. It was very stressful out there so it’s a bit of a relief.

“It’s the first time ever that I’ve had a lead starting the day. All of my other wins have been from behind so I knew that it could change, even on the 17th, so I was just trying to keep myself in the moment.

“I haven’t played that hole very well. I’ve been in the trees the whole week but I knew if I had a swing I could make things work and that if I hit it long I would be chipping back into the wind.”

The victory lifted Higgo to a career-high 65th in the world rankings and booked his place in the US PGA at Kiawah Island – travel restrictions permitting, and may be a good player to watch whilst betting with interac transfer ahead of the tournament.

“That was definitely the goal coming out these four weeks, to play well enough to make that because I haven’t been playing that well. Hopefully I can get there.”

Denmark’s Jeff Winther chipped in for an eagle on the 18th to secure third place on 21 under, two shots ahead of England’s Sam Horsfield.

Scotland’s Connor Syme shared fifth place with former Ryder Cup player Thorbjorn Olesen after birdies on the 17th and 18th repaired some of the damage caused by a quadruple-bogey eight on the 14th, where he drove out of bounds.