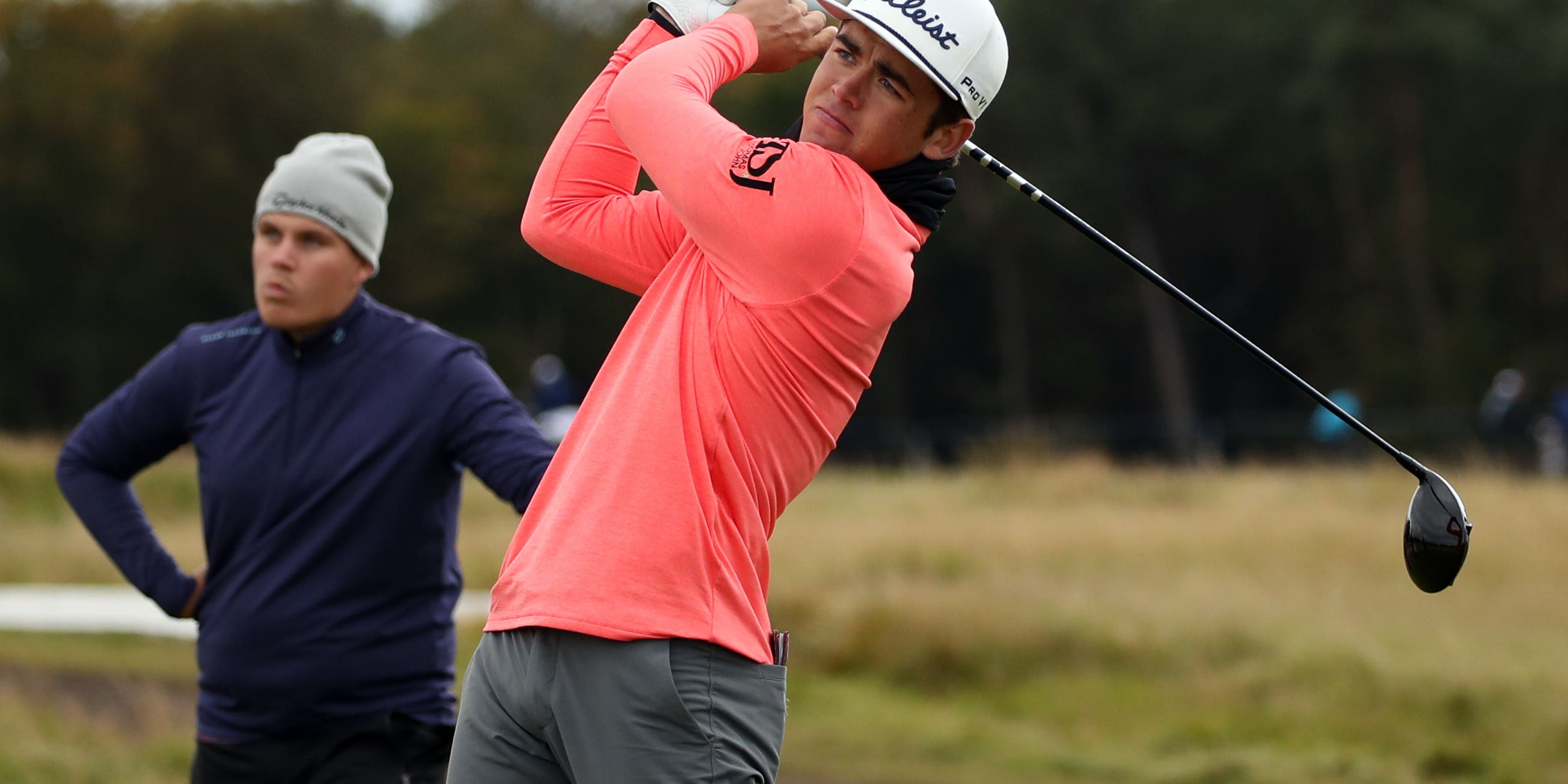 Garrick Higgo is placing no limit on his ambitions after cruising to a second victory in three weeks with the aid of a hole-in-one in the final round of the Canary Islands Championship.

Higgo, who won the Gran Canaria Lopesan Open a fortnight ago, aced the par-three seventh at Golf Costa Adeje in a closing 64 to finish six shots clear of Australia’s Maverick Antcliff.

The 21-year-old left-hander’s winning total of 27 under par was just two shots outside the European Tour record held by fellow South African Ernie Els and meant he was an incredible 68 under overall for the three-week Canary Islands swing.

“I need to check if there’s something in the water,” joked Higgo, who will celebrate his 22nd birthday in the United States on Wednesday ahead of his major debut in the US PGA Championship.

“I played so well today. I hit the ball very nice so it was a lot less stressful than the last time. I can’t believe it happened so quickly again, but my game has been good so I can believe it as well.

“You definitely dream about all of these things. I definitely believed I could do it, but it is nice that it’s actually happened.”

The victory takes Higgo to the verge of the world’s top 50 and he has no intention of resting on his laurels.

“I’ve been working really hard on a lot of little things and I’ve also accepted what works for me and stuck with that and not, if I don’t play as well, go look for something (different) and I’m just going to try and keep going.”

Higgo took a two-shot lead into the final round and had already doubled his advantage by playing the first six holes in two under before holing out with a nine iron on the short seventh.

“It was a perfect number for a nine iron,” he said. “I knew I had to hit a full one though, but I also knew I didn’t want to be behind that flag. When I hit it, it came off really hot so I was hoping it wasn’t going to go long.

“I saw one bounce and it just disappeared so I thought it might have been long, but then someone behind the green started screaming.”

The result was never in doubt from that point and Higgo’s only disappointment was three-putting the 16th for his second bogey of the day when in sight of the record set by Els at Lake Karrinyup in Perth in 2003.

Ireland’s Niall Kearney was part of a five-way tie for fourth on 19 under after threatening to card the second 59 in European Tour history.

An eagle, nine birdies and a bogey in his first 16 holes left Kearney needing to play the final two in two under, but he could only par the eighth and ninth to return a superb 61 and equal the course record.

“I felt as though my game has been quite good the last few weeks, felt as though something was brewing but it was just not coming through, so it’s great to shoot a round like that,” Kearney said.

“It gives me a lot of confidence going forward.”