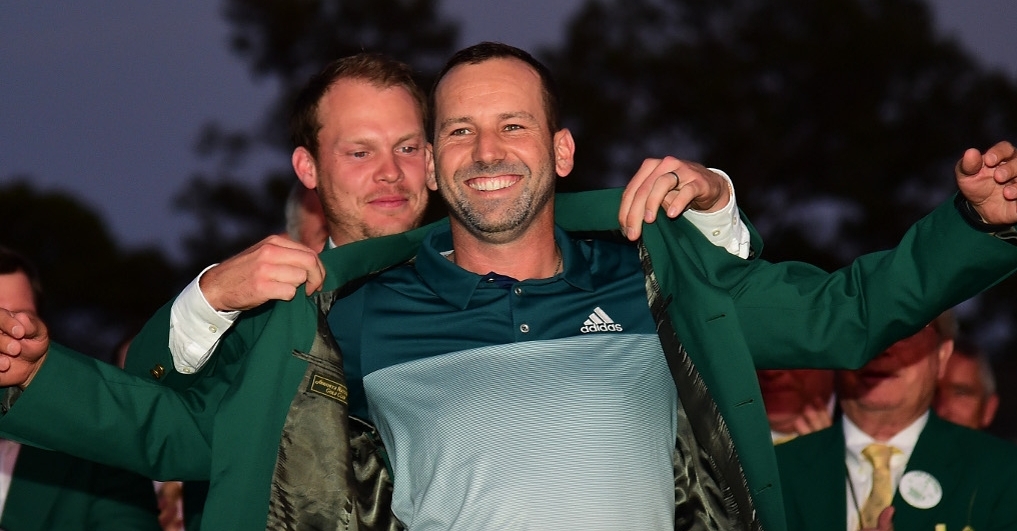 The Spaniard is a lifelong Real Madrid fan and was promised the ceremonial honour at the iconic Estadio Santiago Bernabeu by the club after his first major victory.

Well, it took him 73 attempts, but Garcia claimed the Masters in thrilling fashion earlier this month and now Madrid president Florentino Perez will make good on the club’s promise.

“Florentino Perez promised me I could do it many years ago, that when I won a major he would let me take the kick-off, and now it has coincided with a Clasico,” Garcia told El Pais.

“Couldn’t be anything better. I’ll have to be careful and breathe slowly so I make good contact with my foot!

“I’m a bit nervous. For me, as the superfan of football that I am, to be able to take the kick-off in a Madrid-Barca is something incredible. And to do it with the green jacket on, and that everyone can enjoy it, is something very nice.”

Garcia also revealed that he is friends with Madrid playmaker Gareth Bale, who is currently under an injury cloud ahead of Sunday’s match.

“He congratulated me, he sent me a message saying how happy he was for me and that I deserved it. We always send each other messages. I also sent him a message when he got injured.”