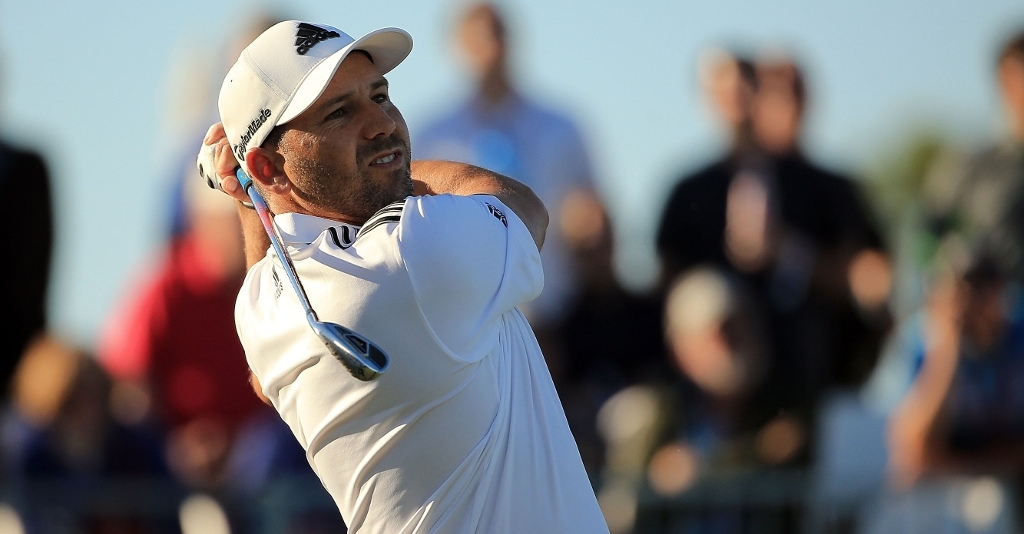 Sergio Garcia and Michael Thompson carded five-under-par 65s to take a one-shot lead at The Honda Classic in Palm Beach, Florida on Thursday.

World number five Rickie Fowler, offering solid odds with Betbright, is one stroke behind in a tie for third with William McGirt after firing a four-under-par 66.

Two shots adrift of the lead and in a tie for fifth are David Lingmerth, Jimmy Walker, Justin Hicks, George McNeill and Shane Lowry.

World number three Rory McIlroy had a day to forget as he registered a two-over-par 72, while defending champion Padraig Harrington is eight strokes off the lead after he hit a three-over-par 73.

Garcia, who failed to make the cut at last week’s Northern Trust Open, began his round in style when he holed an incredible 148-yard approach for eagle at the par-four second. He made a birdie on the next hole before committing his lone blemish of the round at the sixth, where he forced to avoid an alligator on his way to recording a bogey after missing an 18-foot par putt.

The Spaniard atoned for his mistake with consecutive birdies at the seventh and eighth, but was unable to maintain his momentum heading into the back nine where he made just one birdie, at the 18th.

Thompson, who won the event in 2013, began his round with a bogey at the second before making an eagle at the par-five third and three birdies to round off a successful front nine. Thompson too slowed on the back nine as he made two birdies, which included a 30-foot birdie putt at the 15th, and a bogey after he missed a nine-foot par putt.

Fowler enjoyed a bogey-free round as he began with successive birdies at the second and third before picking up a third shot at the eighth. Even though the back nine was much quieter for the world number five, he still managed to make a birdie at the 18th.

McGirt meanwhile kicked off his round with four birdies, which included a 33-foot putt at the eighth, and a bogey before going on to make two bogeys and a hat-trick of birdies from the 16th to 18th on the back nine.

McIlroy endured a turbulent start to his campaign as he made two birdies and three bogeys on the front nine. Things didn’t get better any better from there for the Ulsterman as he made three birdies, two bogeys and a double bogey at the par-four 14th.

Harrington began his title defence in stuttering style as he made two birdies, three bogeys and a double bogey at the par-four 10th during his round of 73.

Three golfers – Michael Kim, Bronson Burgoon and Chris Baker – were only through 17 holes before play was suspended due to darkness.