Garcia returns to where it all began 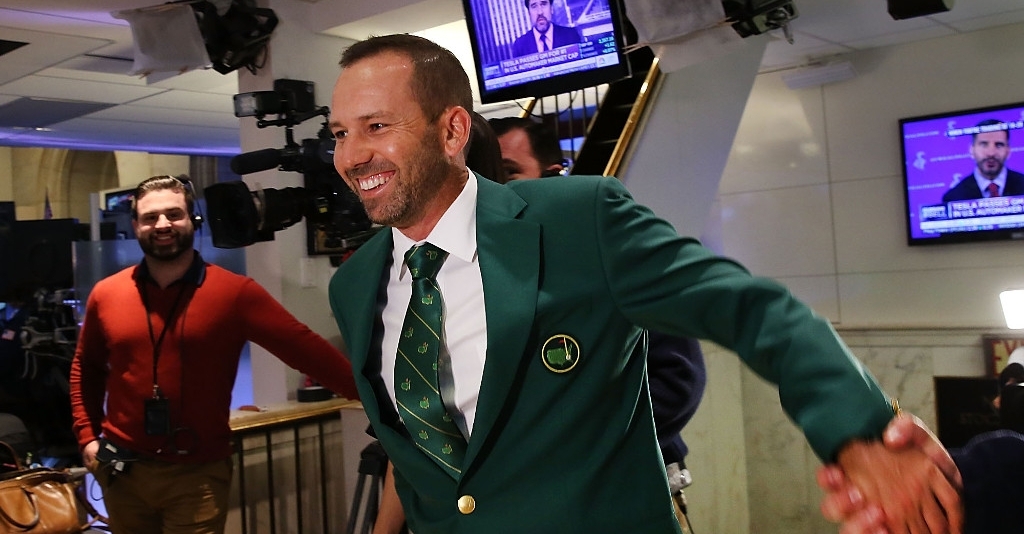 Masters champion Sergio Garcia has returned to his home club in Spain donning his Green Jacket to celebrate his major win.

It has been a whirlwind few weeks for the Spaniard since edging Justin Rose in the playoff at Augusta. A trip up the Empire State Building and ceremonial kickoff at Real Madrid’s iconic Santiago Bernabéu have been just some of the destinations but the time has finally come for Garcia to celebrate closer to home.

The Club de Campo del Mediterraneo is where he played as a junior and where his father Victor is still the club professional.

“This welcome here at the club is amazing. This Green Jacket belongs to all of you. It’s an incredible feeling that we should all enjoy.

“Many things and many people came to my mind when I won: my family, my team, my fiancée, her family – all who have supported me over the years. I feel so proud. It’s a dream come true and at Augusta, which makes it even more beautiful. It’s a reward to hard work, consistency and faith. I always knew that day would come.”

“When I was a kid and I was practising here on the putting green, I used to dream about holing the last putt to win The Open, the Masters. It’s a boy’s dream. But these things are not easy. Everybody works hard, and you don’t get anything for free.”

Garcia also opened up about the emotions he felt when he was part of the ceremonial kickoff ahead of last Sunday’s El Clasico between his beloved Real Madrid and rivals Barcelona.

“Entering that stadium, the Bernabéu stadium, and listening to 80 000, 90 000 spectators cheering and saying ‘Sergio…Sergio’, that was so emotional,” he said.

“I will never forget it. I thank Real Madrid for giving me that chance and for naming me an honorary member.”