While Sergio Garcia believes the return of Tiger Woods will be good for golf, he's not convinced the comeback will be successful.

Following a nine-month lay-off from his latest back operation, 14-time major champion Woods will finally return to golf at the Hero World Challenge on November 30.

It's the comeback many in the sport have been waiting for, but it's fair to say that more than a few of Woods' peers doubt whether he can overcome all of his injury troubles, which have resulted in four back operations in the last three years.

"Obviously having (Woods) for golf is great, we all know that and whoever doesn't agree is not telling the truth," World No. 11 Garcia said.

"It's going to be interesting to see. I think at the end of the day, anything that can help the game of golf is good for us and hopefully he can make it, but we'll just have to wait and see.

"I think that's a big question mark that we all have, he's going to play in a couple of weeks and we'll see how he feels.

"I guess it's going to be a test for him to see how he feels… in a couple of weeks, we'll see how he does, and then we'll see if he can come back next year and start playing a little bit more regularly."

Garcia is in Dubai for this week's season-ending DP World Tour Championship on the European Tour.

And then there were three… pic.twitter.com/NFmu8K1oWU

The Spaniard – who won his first major championship at Augusta in April – has an outside chance of walking away with the Race to Dubai title and being crowned European No 1 for the season, and admits winning it would be 'icing on the cake'.

"It doesn't mean that if I don't do it, I'm going to be disappointed about the year. Hopefully, there'll be more chances to win the Race to Dubai in the near future," he said.

Garcia admitted his season has been one of highs and lows, and that he hasn't performed as well as he'd have liked to since his Masters win – although his recent home victory at the Valderrama Masters has set him up for a potential big finish.

"I kind of faded out a little bit after winning (in) Augusta because of that and it probably showed on some of my rounds," he said.

"I guess it's normal after such a high and I've been starting to relax a bit more, playing a bit more like I know what to do and we're finishing the year on a high note, which is nice to do."

He will use Callaway equipment in Dubai this week, while he seeks to finalise an agreement with one of the golfing giants – with Callaway currently leading the fight for his signature. 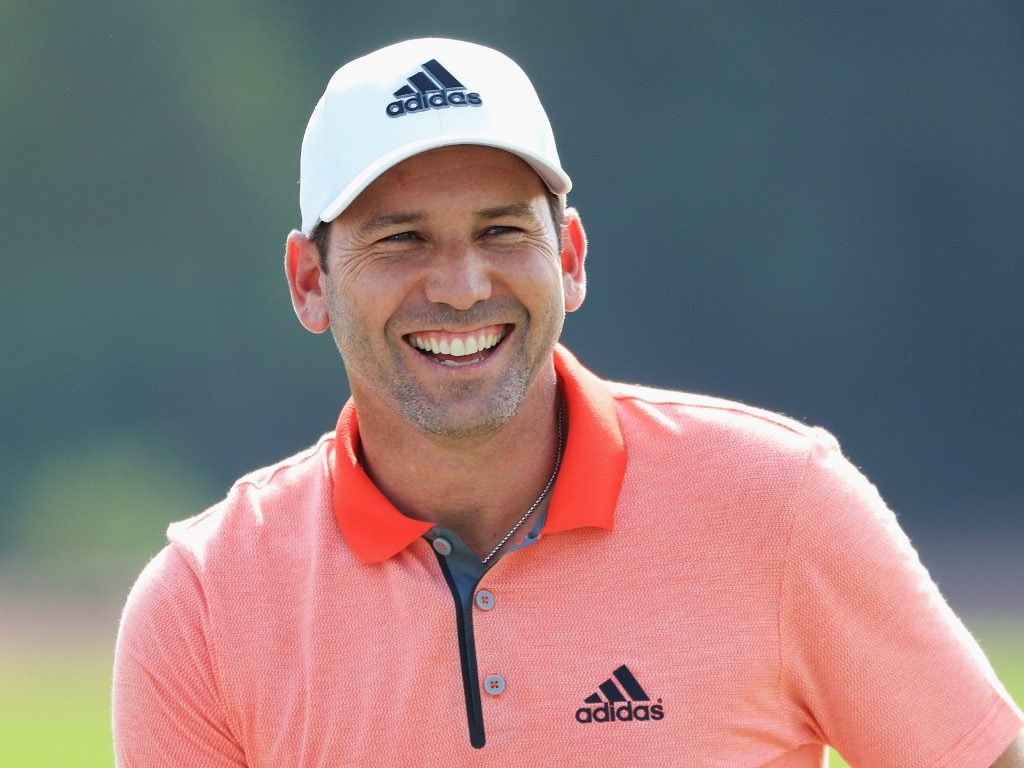 "At the moment it's the company that's in front of the other ones," Garcia said.

"What we've been testing, the numbers have been really good with the balls that Callaway has brought to me.

"Then if there's any changes that need to be made, then we have time in the off-season to get it sorted out."

Garcia also said the decision to split with TaylorMade was not completely his own choice, hinting that he struggled to reach an amicable agreement with the company, which has a number of lucrative deals with some of the most high-profile golfers in the world – including Tiger Woods, Rory McIlroy and World No 1 Dustin Johnson.

TaylorMade also separated from parent company Adidas in May, adding a wrinkle to new negotiations.

"It wasn't only my decision," he said of the split. "I spent 15 years with TaylorMade but unfortunately things come to an end."

"All companies change and the politics with TaylorMade have changed after leaving Adidas. We couldn't come to an agreement.

"I understand that it's also difficult when you have so many top players, to keep all of them. Unfortunately we were in that package."