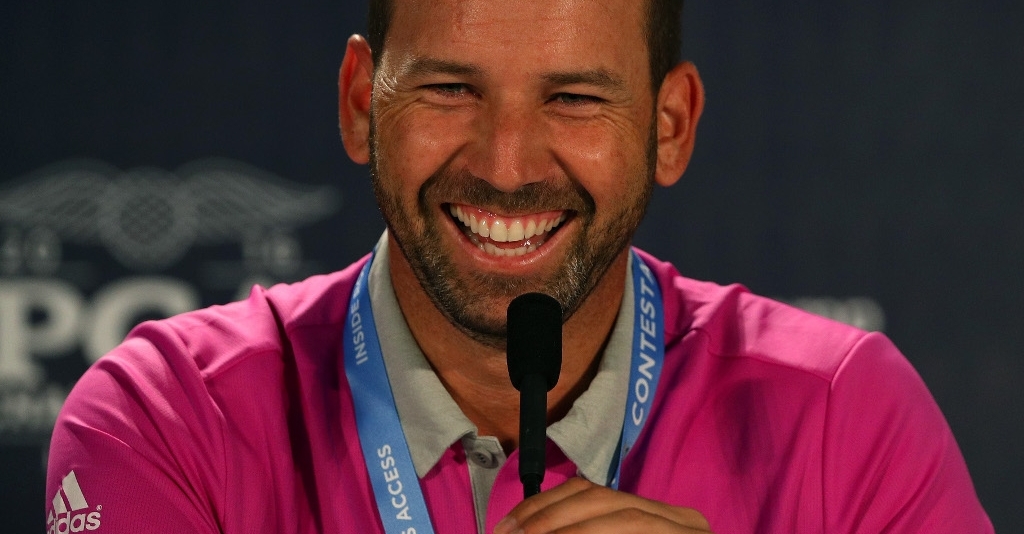 With both Henrik Stenson and Dustin Johnson finally ending their major droughts, Sergio Garcia is hoping to follow suit at this week's PGA Championship.

With Johnson capturing the US Open title and Stenson triumphing at the Open earlier this month, Garcia now finds himself right at the top of the list of best players who haven't won a major.

Rather than be discouraged, however, the Spaniard is taking heart from the performances of his peers, and having displayed some very promising form this season – including fifth place finishes at both the US Open and Open – is confident of being in contention again in New Jersey this week.

"It's obviously nice to see new major winners, but every week is a new world and a different story," said Garcia.

"I would love to make it five in a row. Obviously it would be very nice, but we'll see. It's a long week, and my goal is to play well, to give myself another shot at winning a major, and then see what I can come up with.

"To see Henrik at 40 winning and the way he did it, it was very much deserved. And look at Phil, he's 47 and he almost won. So if you stay healthy, you still can give yourself a lot of chances. That's my goal, to keep giving myself chances and hopefully take as many as possible in the coming years.

"I've played with Henrik for a long, long time, we played amateur golf together. Obviously he did have his ups and downs like we've all had. I had them, Lee Westwood had them and Henrik had them. But it is nice to see the way he's been playing.

Garcia has a total of 22 top-10 finishes in majors since being runner-up to Tiger Woods by a single shot at the PGA Championship in 1999, but while his lack of major success used to haunt him, he now says he is much more accepting of it.

Even if he never wins a major, it will not be "the end of the world".

"So that is great for the game of golf, and the only thing I can do is just, like I said, keep giving myself chances and just wait for it. Hopefully it will happen. If it doesn't happen, it's not going to change my life.

"I'm not going to go in a cave and stay there until I die because I didn't win a major or anything like that. It's not that serious. I'm not going to lie, it would be nice to get at least one. But it's not the end of the world."