Sergio Garcia: I tried to handle it like a Masters champion 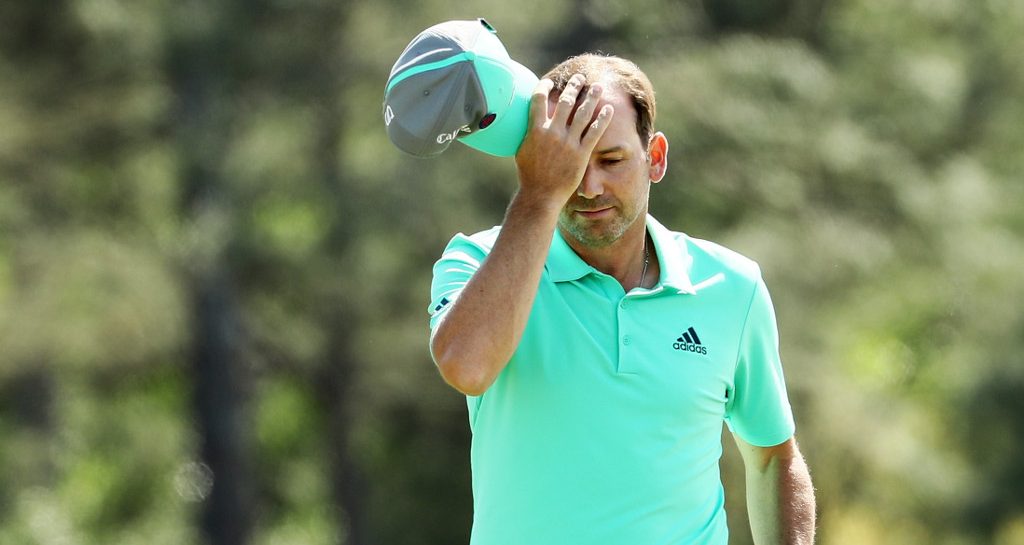 Sergio Garcia says he did his best to handle what happened on the 15th hole on Thursday like a Masters champion.

Garcia suffered a nightmare score of 13 on the hole after dumping his ball into the water five straight times.

As you can imagine, social media was abuzz with reaction – and jokes – after the incident, but Garcia’s wife Angela took exception with one joke in particular from Golf Channel reporter Rich Lerner.

Lerner tweeted that Sergio wouldn’t be naming his next kid Firethorn, the name of the 15th hole at Augusta.

Sergio won't be naming his next kid Firethorn.

That’s a reference to Sergio’s new daughter Azalea, who was named after the 13th hole at the famous Masters course. The joke drew an angry response from Mrs Garcia, who hit back:

Hey @RichLernerGC, the next time you decide to tweet about my future child why don’t you use your brain and not do it? Don’t be an idiot. @GolfChannel https://t.co/Y4kHNZjDjv

Lerner was quick to apologise:

My apologies to Angela and Sergio for my poorly timed attempt to lighten the mood. Missed the mark with a flippant comment. No ill intent.

Angela then accepted the apology:

Thank you for your apology, @RichLernerGC. I always appreciate a good sense of humor and a good joke, but when you reference a player’s family it’s not appropriate. If people really thought about it they might agree. All good and we can move on. https://t.co/sSxjwUnevu

The exchange also prompted a response from Sergio himself, who took the joke with good humour, while also offering some insight into how he felt about what happened at the 15th:

What happened on 15 @TheMasters yesterday was unfortunate for me and it hurt but I tried to handle it like a Masters Champion should. That same hole gave me that green jacket last year so we might end up naming our next kid Firethorn after all, funny man!😉 https://t.co/vMIDTMGhrf

That’s a pretty classy response from Sergio, and he did indeed handle the situation with dignity, and even managed to bounce back with a birdie at 16.