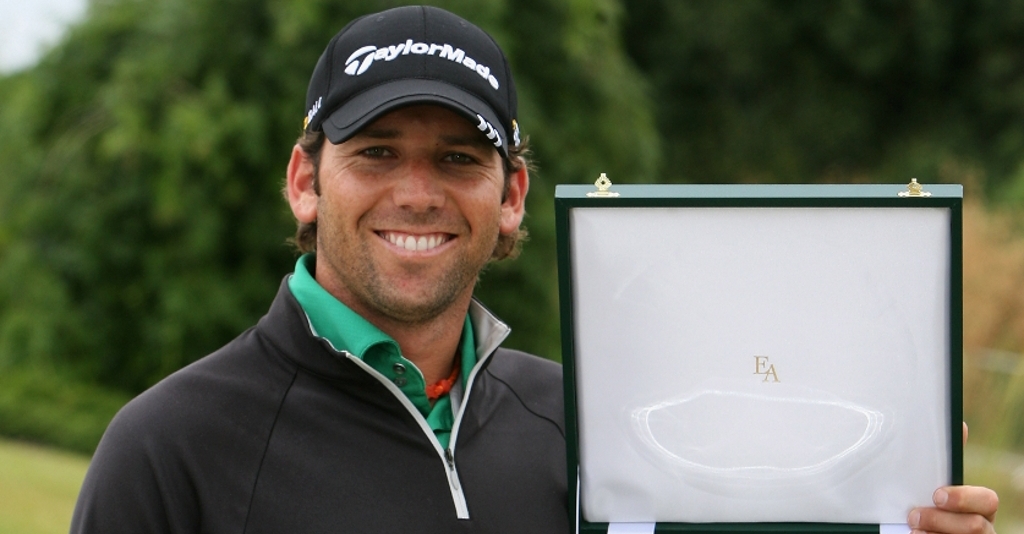 The well documented hype around The Ho Tram Open took another giant leap today as global golf superstar, Sergio Garcia committed to competing in the US$1.5 million Asian Tour tournament, marking his first visit to Vietnam in December.

Garcia has won a staggering 24 tournaments worldwide, including The Players Championship, and has participated in seven Ryder Cups.  His charisma on the golf course has become a trademark of the Spaniard’s style and ability to wow fans in all corners of the world.

As a child prodigy, Garcia quickly rose to fame with a glittering amateur career before becoming the youngest player to make a cut in a European Tour event at the age of 16.

He said in a press release by asiantour.com: "Vietnam has always been an intriguing destination for golf and one I have been paying close attention to. We are blessed with a lot of great tournaments around the world but the opportunity to experience a new destination, a new course and a new challenge is very appealing to me."

The much lauded theme 'Asia's Grandest Stage' is ringing true, with the unquestionable commitment to creating one of the finest golf events anywhere in the world. The ownership group, Asian Coast Development Ltd continue to surpass expectations and is quickly turning the inaugural tournament, which will be played at the Bluffs Ho Tram Strip, into a hotly anticipated event.

"This is great news for sports fans in Vietnam and for the Ho Tram Open," commented Ben Styles, Vice President Golf & Residential. "Sergio has been one of golf’s most charismatic figures and he will give us considerable impetus in putting the destination on the map."

In addition to Garcia and Major champion Darren Clarke, who earlier committed to play in the Ho Tram Open, Bluff’s Ambassador Robert Rock, former U.S. Open champion Geoff Ogilvy, Vietnam’s number one Michael Tran and Ryder Cup legend Thomas Bjorn will be joining the Asian Tour’s best for the event from December 3 to 6.

"Sergio is at the pinnacle of the sport, which coupled with his charismatic style and his spirit of entertainment give us the perfect package for the Ho Tram Open,” said Jed Moore, Tournament Promoter Ho Tram Open. "The event will be a great advert for Vietnam and Ho Tram and with Sergio’s addition gives us even greater potential."

Garcia will join next year's Ryder Cup Captain Clarke, providing a good opportunity for the pair to share thoughts on next year's matches against the United States.

"It is great that Darren is playing. He is always great to be around and I am looking forward to spending some time with him during the week," said Garcia.