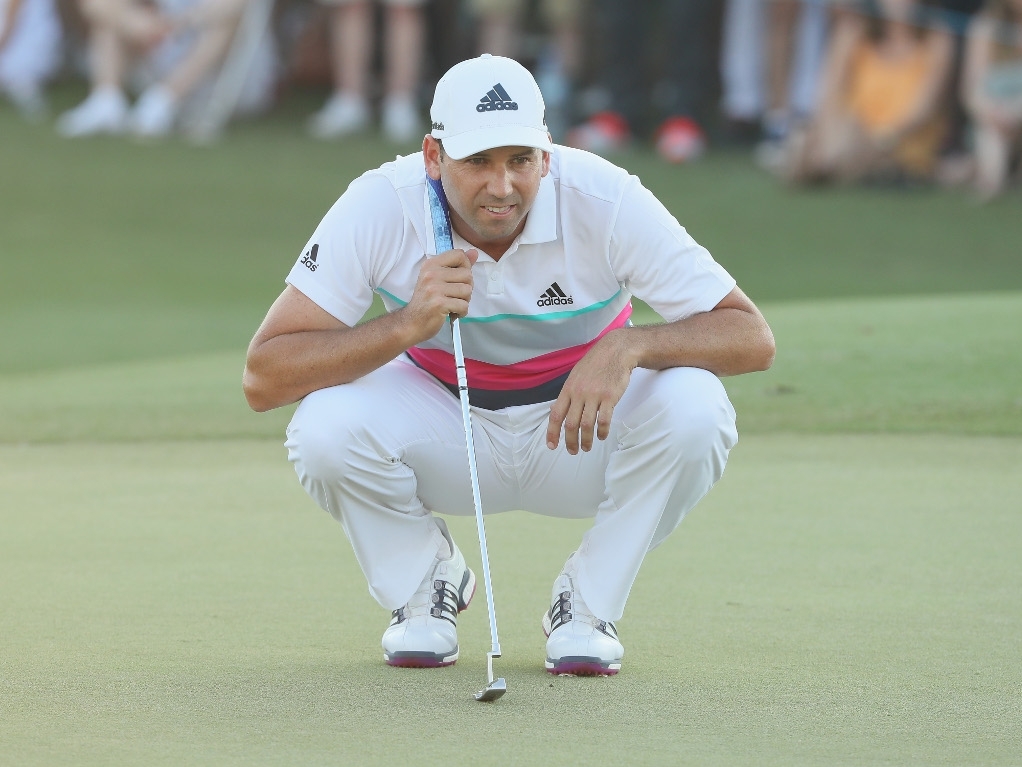 Sergio Garcia and Francesco Molinari are tied at the top of the leaderboard after the second round of the DP World Tour Championship.

The European duo shot a pair of five under 67s around Jumeirah Golf Estate to move to nine under for the event and one shot clear of first round leader Lee Westwood, who is alone in third.

Garcia was four under before a bogey on the par three 13th set him back. But the Spaniard rallied with back-to-back birdies in the 15th and 16th to move into the lead.

"I felt like I was swinging the club really, really well," the 11-time European Tour winner said after the round.

"I was hitting a lot of good shots. I hit a couple iffy putts here and there but I made some really good ones, also. I was very happy to see all of that.

"I'm excited about it. It's good to be out there with a chance the last tournament of the year. I just want to make sure that I keep playing the same way I've played these first two days and see where that takes us."

Molinari would get a hat-trick of birdies on the back nine to join Garcia on top. Westwood had his chance to join them but his second went land in the water, leading to a bogey on the last would see him slip back.

The rounds of the day belonged to England’s Tyrell Hatton and Andy Sullivan, who both shot sizzling six under 66s. The round moved Hatton into fourth place, tied with Bernd Wiesberger, Charl Schwartzel and Joost Luiten on seven under.

In terms of the Race to Dubai, leader Henrik Stenson remains in pole position for the European crown after a 69 that left him on three under, tied with Danny Willett.

World number two Rory McIlroy improved on Friday, carding a four under 68 to move to one under par.