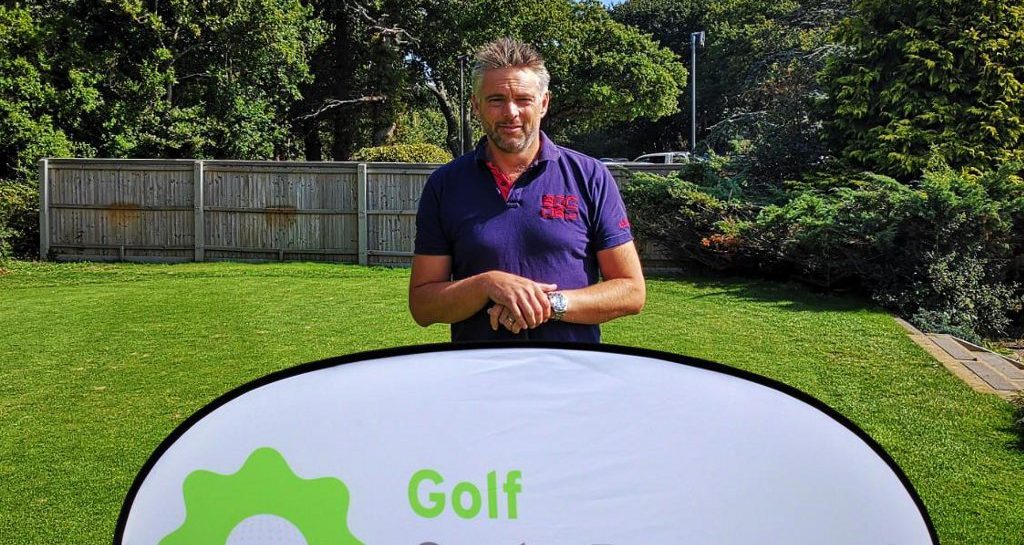 Justin Galloway achieved golf’s magic number 59 as he clinched an all-expenses trip to Spain and a place in the grand final of A Taste of Costa Brava.

The 49-year-old from Alverstoke shot a superb 10-under-par round at Lee-on-the-Solent’s par-69 course to register a feat akin to golf’s version of the Holy Grail, holding his nerve as the pressure mounted.

Admittedly, it was a nett 59 – 10 under his playing handicap of 18 – rather than the score achieved by only a handful of professionals in Tour events, but even so, it’s an outstanding achievement for any handicap golfer.

It means Galloway will now be undertaking his own version of a European tour with a 36-hole competition at two of the Spanish region’s leading lights: Club de Golf Peralada and Torremirona Golf next month as he battles for the top prize alongside seven other winners from Hampshire, Sussex and Surrey.

Galloway said: “I had been going well in the competition the week before and then blew up on the final two holes and the guys I was playing with were making a few comments when I was in a good position!

“I got to the final few holes and played a bit safe but it’s great to have won it and can’t wait to get out there. It was one of those days when everything fell into place and I think I only missed one putt in the round. I’ve only ever beaten my 18 handicap four times in my life so this was a bit unexpected!”

As a result of his fine round, Galloway, who is a company director for Mildren Construction, has now seen his handicap cut to 14 but is keen to enjoy the experience as he goes for glory.

He said: “I’ve played abroad a few times before but nothing like this. I’m looking forward to it and it should be fantastic.”

Situated 100 kilometres north of Barcelona in a region nestling between the foothills of the Pyrenees and the waters of the Mediterranean, the Costa Brava enjoys average annual temperatures of 16.5Cᵒ and offers an array of first-class golf experiences in a natural and unspoilt environment, including the world-class PGA Catalunya.

Jaume Marin, marketing director of Costa Brava Tourism, said: “Congratulations to all of our winners. We look forward to welcoming them to the final in the Costa Brava where we will crown our new champion. It is the second year of the tournament and we believe it will grow to help continue to promote the destination for golfers in the coming years.”