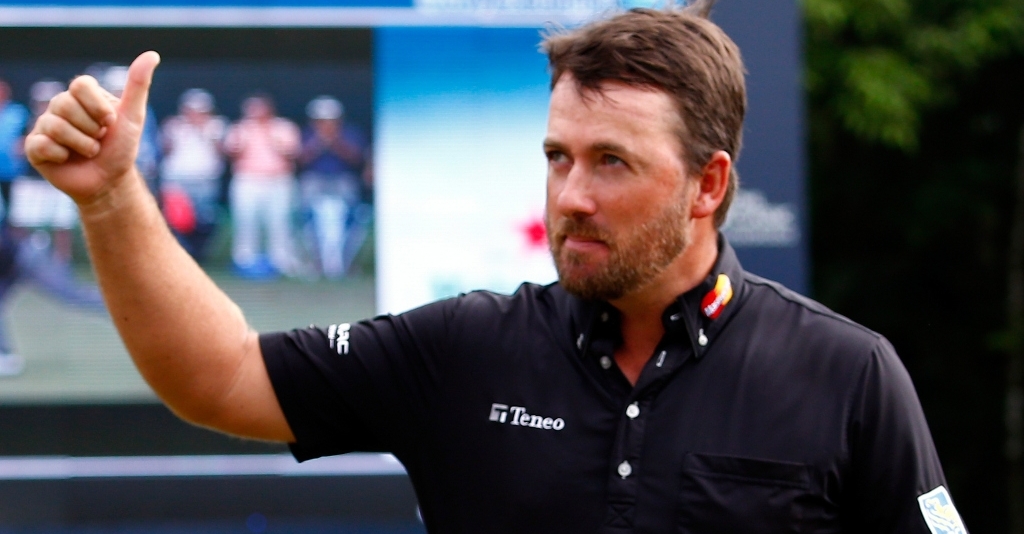 Graeme McDowell beat Russell Knox and Jason Bohn in a three-way play-off to win the OHL Classic at Mayakoba.

After bad weather delayed the start of Sunday's final round by almost four hours, players were forced to head back out on Monday to wrap up the tournament.

Leading overnight were Northern Ireland's McDowell and Scotland's Knox, who were tied at 19 under par, McDowell having just birdied the 13th and Knox still playing the same hole.

Resuming at 8am in the morning, both men seemed nervous at the prospect of a 90-minute shootout for the title.

Both men eventually signed for six-under 66s, having picked up six birdies apiece during Sunday's curtailed round.

The duo were joined in the play-off by Bohn, who birdied the 13th at the top of the morning to reach 18 under before closing with five straight pars for a 68.

Overnight leader Derek Fathauer missed the play-off by two shots after being forced to settle for a 71.

The sudden death play-off lasted only one hole. McDowell birdied the 18th after leaving himself just a few feet on the green thanks to pinpoint iron approach shot. His opponents could do no better than par.

It's the Ryder Cup star's first PGA Tour victory since April 2013's RBC Heritage, and his first win of any kind since last year's Alstom Open De France in July.

It was only a few days ago that McDowell confirmed he would be focusing on regaining his PGA Tour card, rather than Ryder Cup qualification in Europe, in the year ahead following the end of his five-year exemption for winning the 2010 US Open.

"It has been a tough year but this is special."