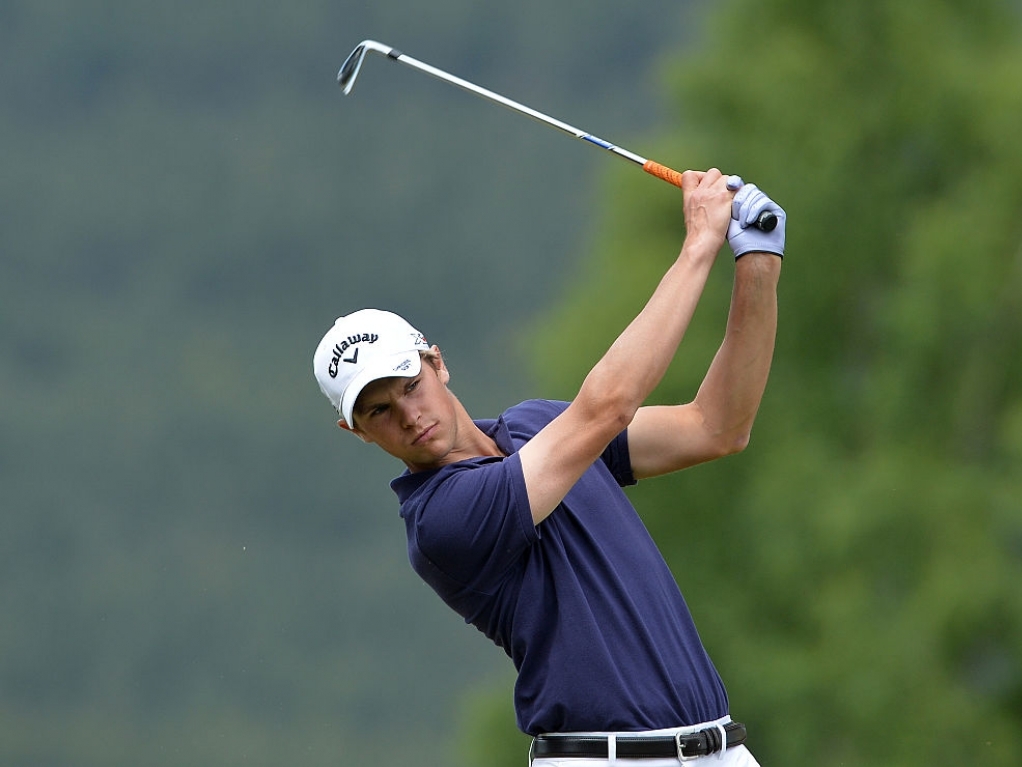 G/FORE's newest professional Thomas Detry believes he is two years ahead of schedule after he secured his place alongside his close friend and Ryder Cup star Thomas Pieters on the European Tour.

Pieters was the shining light for Darren Clarke's European team in the defeat at Hazeltine recently and he now has a ready-made roommate for 2017 after his fellow Belgian Detry sealed his card for the 2017 European Tour via the Challenge Tour.

After turning professional in June, Detry claimed the Bridgestone Challenge title in August which helped him secure a place in the top-16 in the Road to Oman standings and a guaranteed place among the European elite for the new season.

"When I turned pro, myself and my coach decided if I got my card in six months, then great but if it took one or two years, then that was also good. It was a case of being patient. I really wasn't expecting to be on Tour this quickly so to achieve that is a great feeling.

"It's been a quick turnaround so now the first goal for the season is to keep my card. Whenever I get the chance to win, I need to make sure I take it but I'm just looking forward to every event."

Detry, who played two events on the European Tour in 2016, will now take his place in the first event of the new term in South Africa next month, alongside his fellow University of Illinois graduate.

Detry said: "He (Pieters) was on the phone when I got my card and was really pleased for me. I think he's just excited to have a new roommate for next year!"

"He is a worldwide superstar after the Ryder Cup. But Thomas and I have known each other since we were eight or nine years old and we went to the same university in the States so we are very close. We speak all the time and I know he will be good for some advice when I need it."

There will be some added quality and colour on the European Tour for the 2017 campaign as Detry's link-up with G/FORE will mean even more golfers will become aware of the progressive American brand.

He said: "They have sent me some great new stuff, which I will be wearing for the new season. I'm really happy with it.

"So many people ask me about the G/FORE shoes I wear and all of their stuff. In Dubai recently for the Challenge Tour event, the pro shop was selling G/FORE and two guys who didn't have sponsors actually bought themselves a hat and were wearing it during the tournament because they liked it so much!"

Giannulli said: "It's amazing news and we're delighted for Thomas. He's a good-looking guy who wears our brand well and is a great golfer. He will be the perfect ambassador for us on the European Tour."