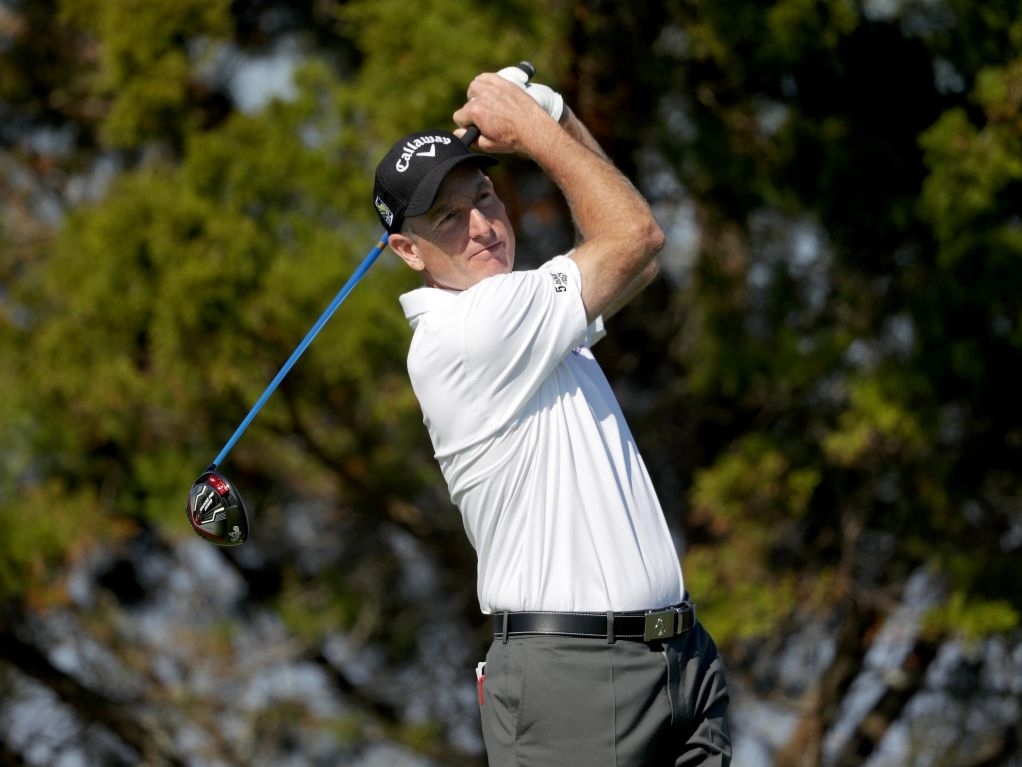 Jim Furyk says his "main focus" is being USA's Ryder Cup captain in 2018 but wouldn't rule out the possibility of combining a playing role with his other duties.

The Pennsylvania-born golfer was confirmed on Wednesday as America's captain for the 2018 Ryder Cup tournament at Le Golf National in France.

Arnold Palmer was the last captain to play in the tournament when he was in charge of the USA side in 1963 and Furyk has refused to rule out the possibility of doing both roles.

"As far as making the team, my major concern is being the captain," Furyk told Sky Sports News HQ. "If I were able being very successful next year and I was in that mix, then that's something we can talk about then.

"I plan on keeping a fairly similar schedule to what I've had done for the past couple of years, and I plan on still playing 18-20 tournaments worldwide.

"It's really putting the cart before the horse right now and I've been asked that question a lot, but my main focus right now is to be the captain in 2018."

Thomas Bjorn is the European skipper in 2018 and Furyk can't wait to pit his wits against his "friend".

"It's a big challenge to go and try to win on away soil," Furyk added. "I look at Thomas as a friend, who will be a great leader and will have a wonderful, talented team.

"We've not played in matches together in a Ryder Cup, but we've played in teams against each other. He has a lot of experience as a vice-captain and him and I have always been friends.

"I know they [Europe] will want to change the outcome from 2016, the fans there are fantastic and with the French Open there they'll have a significant home course advantage."