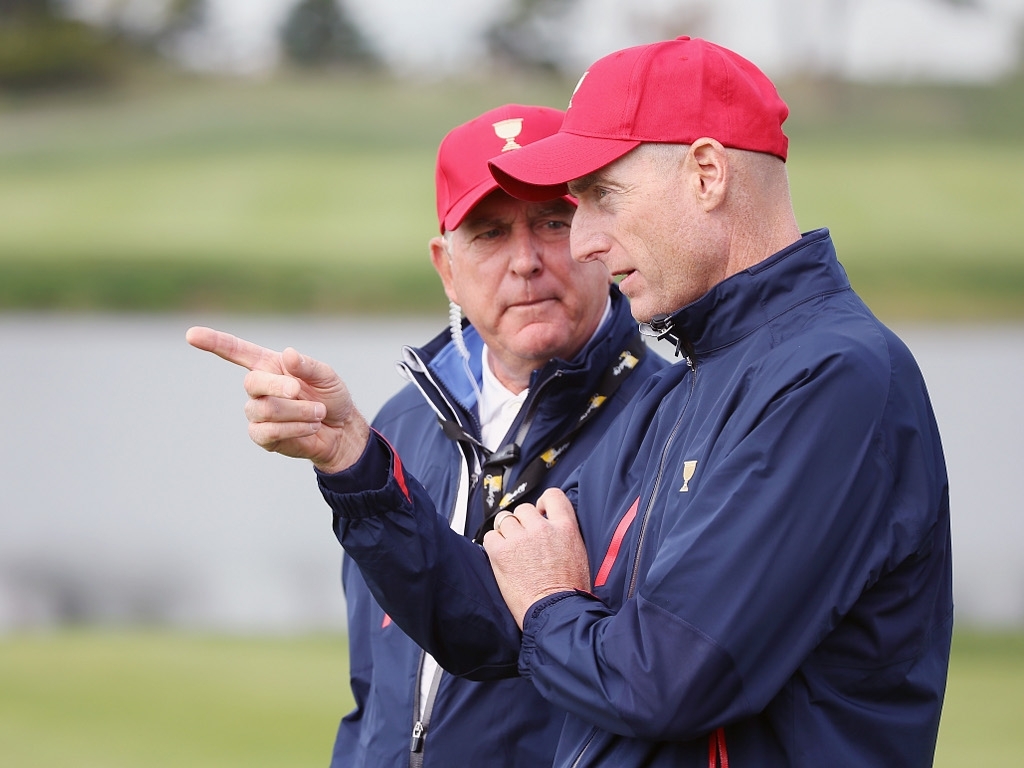 Jim Furyk admits he would be honoured if he is selected to be the next USA Ryder Cup captain.

Furyk was one of the assistant captains to Davis Love III during America’s triumph over Europe in the Autumn, as they ended a run of three successive defeats in the competition.

The 46-year-old had been under consideration as a wild card pick to play in the event, but ultimately helped Love and fellow vice-captain Tiger Woods from the sidelines.

But as one of the names under consideration for the 2018 Ryder Cup, in France, Furyk is making no secret of his ambitions.

"It's all hypothetical,” he told the Golf Channel.

"That committee is in place for a reason. If they decide '18, '20, '22, whenever it is, if they decide that I'm the right person, I would love to have that job. I think everyone would.

“Anyone in that position would want that tap on the shoulder and that confidence that Davis was given.''

The committee which decides the Ryder Cup captain is made up of PGA Tour Players, officials and former skippers of the USA team.

''I think that's the highest compliment you can be paid,'' Furyk added.

''He didn't ask for the job. That committee went to him and said, 'Hey, we want you to take the job. Would you like it?'… Those six folks will try to figure out who the next guy is.

“They're going to try to figure out who the absolute best person is for the job.''