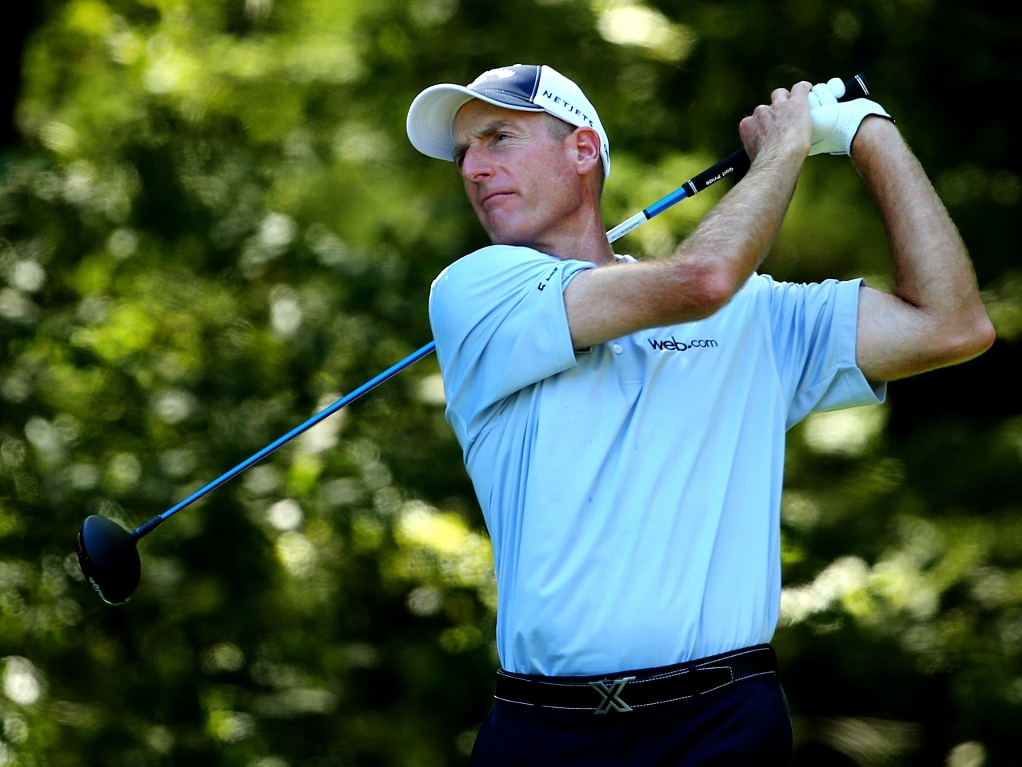 Jim Furyk has withdrawn from the Presidents Cup, as the wrist injury he sustained last month hasn't fully healed yet.

The 45-year-old has been replaced on the American team by JB Holmes.

"I did everything I could to try to heal it as fast as possible," Furyk said on Friday.

"I tested the wrist pretty hard yesterday to see how it would respond and it's not 100 percent healed. I'm not able to play more than one day in a row and I'm feeling some pain because my wrist needed more time to heal.

"I'll revisit with the doctors to make sure it's 100 percent because I never gave it that opportunity trying to get ready for the Presidents Cup."

The former US Open champion withdrew from the BMW Championship during the tournament's first round after sustaining a deep bruise on a bone in his left wrist. Subsequently, he also missed the FedEx Cup finale at the Tour Championship as he attempted to be fully fit for the Presidents Cup, which starts in Korea on Thursday.

Holmes finished 12th on the FedEx Cup standings and has some experience of representing the American team, after featuring at the 2008 Ryder Cup at Valhalla.

One of the longest hitters on the PGA Tour, Holmes lost in a playoff at Torrey Pines to Jason Day, finished second at the WGC event at Doral, and won the Houston Open this year.

"My heart goes out to Jim because I know how much the Presidents Cup means to him," Holmes said.

"Obviously, he has been a leader for our team for many years and he will be greatly missed. I am, however, very honoured and excited to get the call from captain Haas to make the trip to South Korea to help the US team retain the cup."