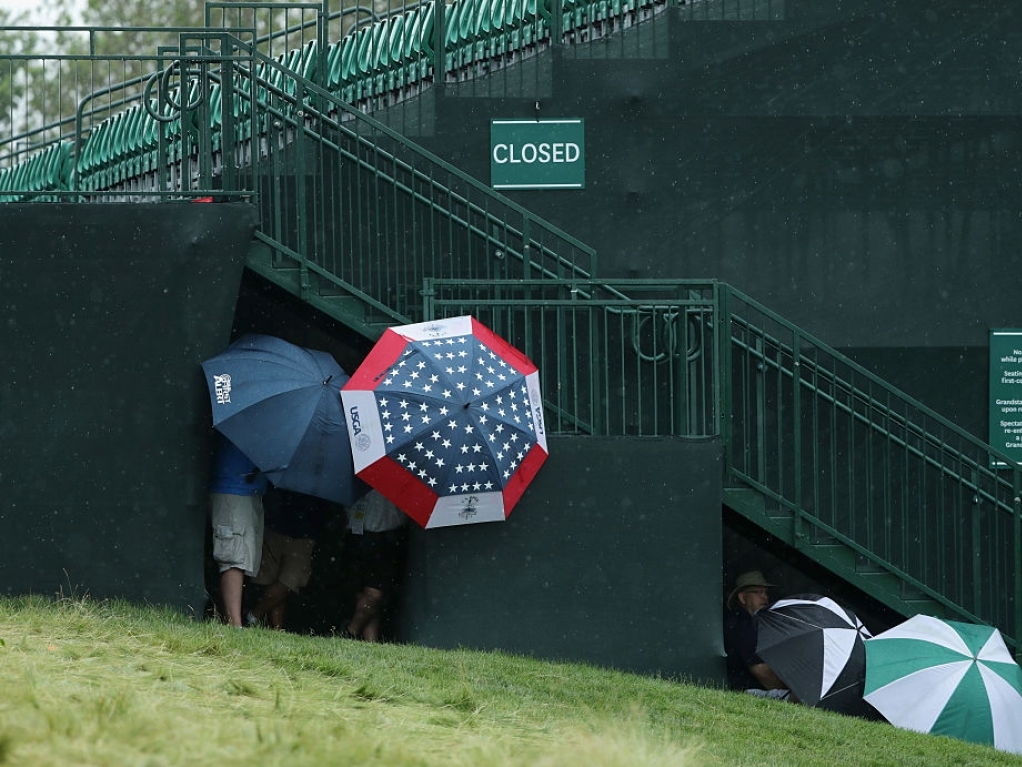 Thursday was a frustrating day at the 116th US Open with rain disrupting play throughout the day and leaving some players yet to start their round.

The big three enjoyed differing fortunes in Philadelphia as they looked to add another major to the trophy cabinet.

Rory McIlroy
A rain-soaked course was supposed to favour McIlroy, who has triumphed at past majors affected by bad weather, but Oakmont proved otherwise as McIlroy was four-over par when the downpours brought an early end to his round after 13 holes.
The Northern Irishman bogeyed two of the opening three holes despite taking irons off the tee, and went on to make three more bogeys and a birdie.
On the bright side, the rain delay at least enabled him to watch Northern Ireland’s 2-0 victory over Ukraine at Euro 2016, but the world number three will need to pull things round if he is to stand a chance of claiming the US Open title for a second time.

Jordan Spieth
The defending champion enjoyed a frustrating day, audibly losing his cool on the 17th, his eighth hole, when his second shot landed near the pin before spinning back into one of Oakmont’s deepest bunkers.
The rain delays saw Spieth and his partners finish just 11 holes in more than seven hours out on the course, and earn them a warning for slow play.
Even so, Spieth will be reasonably happy after finishing the day at level par, just three shots behind early leader Andrew Landry. Now, he’ll just need to keep his temper in check.

Jason Day
World number one Day was among the 69 players who didn’t even get to start their first round, but this may have been a blessing in disguise for the 28-year old Aussie as he continues to recover from a cold.

Still, he will need to quickly regain his strength for a potential 36-holes on Friday if he wants to be challenging for his second major and maiden US Open title come Sunday.