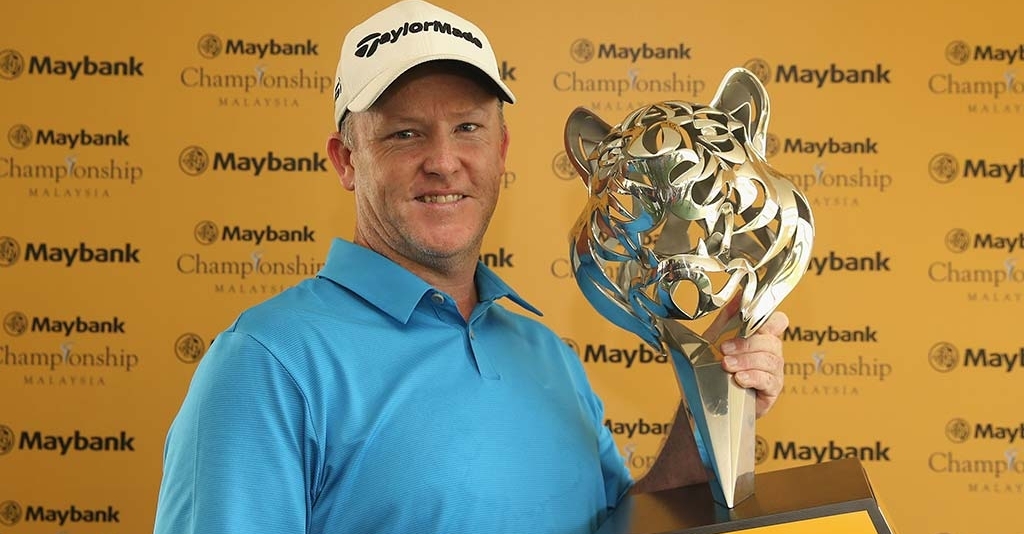 Australian Marcus Fraser carded a closing 68 for a 15-under-par 269 to win the Maybank Championship Malaysia by two shots in a dramatic finish at the Royal Selangor Golf Club on Sunday.

At the start of the 16th hole, Fraser was two shots behind South Korea's Soomin Lee but a double-bogey from Lee coupled with a nearly-holed chip opened the door for Fraser to win his third European Tour title.

On the 17th, a ten-foot par-saving putt kept Fraser in a share of the lead at 15-under going up the 18th, but Lee then double-bogeyed again and a par was enough to give Fraser the win.

Lee finished tied for second place with Miguel Tabuena at 13-under, one shot clear of Jorge Campillo and Julien Quesne.

In an interview on the European Tour site afterwards, the 37-year-old Fraser said he always felt he had a chance of winning due to being more experienced.

"In the back of my head I felt like I had a chance," he said. "He's quite young and it's a big thing to be leading a European Tour event with three or four holes to go.

"So I just tried to keep reminding myself to breathe and to play my own game and see what I could do.

He added: "I got to the Middle East and I think it was the three worst weeks of golf I've played in my career.

"I had some good practice when I went home, went back to absolute basics and tried to sort things out from the start and everything just fell into place as the week went on.

"A lot of putts found their way into the hole over the weekend and it was definitely my week."

Lee had a three-shot advantage over Fraser coming into the final round.

Filipino Tabuena scored six birdies along with three bogeys in his 68 and Quesne of France also was three under ahead of Spain's Campillo with 69.

Englishman Richard Bland and Span's Pablo Larrazábal were a further shot back one ahead of Australian Nathan Holman.