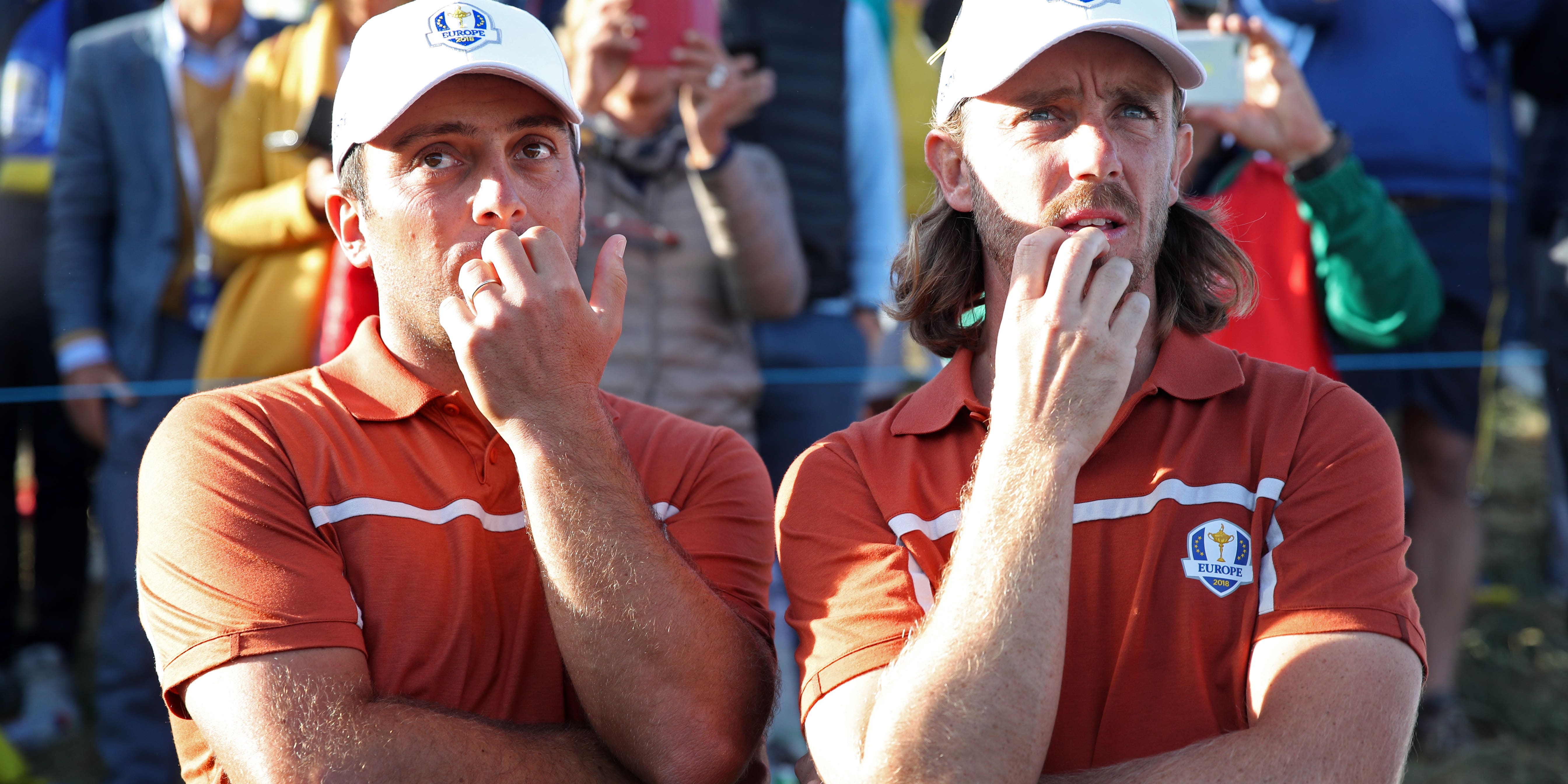 Francesco Molinari has backed Europe to retain the Ryder Cup without his services and offered to provide long-distance support to the other half of ‘Moliwood’.

Molinari became the first European player to compile a perfect 5-0 record in the biennial contest in Paris in 2018, partnering Tommy Fleetwood to four wins and then securing the winning point against Phil Mickelson in the singles.

The 2018 Open champion is almost certain not to be part of the side at Whistling Straits next month however, a combination of injuries and loss of form leaving him a long way outside the qualifying places with just three events remaining.

Speaking ahead of the first of those, the Omega European Masters in Crans-sur-Sierre, Molinari told the PA news agency: “They’ve won it a few times already without me so I’m sure it won’t be an issue.

“The team is looking strong. There’s a couple of new faces that are really talented players.

“Padraig (Harrington) I’m sure is going to be a very thorough captain and hopefully, although they might go in without being the favourites as often has been in the past, they will be able once again to turn it over during the three days.

“It will be very disappointing not to be involved but it’s something I missed between 2012 and 2018 so I’ve been there in the past. It’s not pleasant, but it’s definitely motivating to do better and play better golf to try and get back in the team.

“I think Tommy will be fine. He’s the kind of player that is very easy to pair with other people, but if I’m not there I’ll make sure to phone him every night to keep him in the right frame of mind.”

Molinari was forced to pull out of the Olympics with a back injury and missed the cut on his return to action in the Wyndham Championship, his fourth straight early exit following an encouraging tie for 13th in the US Open.

“It was very frustrating because I was looking forward to Tokyo,” the 38-year-old Italian added.

“It was disappointing to say the least. It’s kind of the story of the season for me, being so stop-start. Since then I played two rounds at Wyndham and the last few weeks I’ve been practising at home with no issues, so fingers crossed it’s all behind me from now on.”