Two Foxhills golfers defeated estimated odds of more than one million to one as they both hit a hole-in-one on the same hole with consecutive shots.

The amazing joint feat occurred on the 11th hole on the Bernard Hunt course – measuring 137 yards from the white tees – as David Hoggins and Colin Andrews both struck their aces with an eight-iron.

Playing in their regular swindle for a prize pot of just a few pounds at the popular Surrey club, the two friends were joined by Jeff Nulander, whose steady par three was left looking decidedly mediocre in the circumstances.

As a former head teacher who now works as an educational consultant, former pupils would have been asking Mr Hoggins for assistance and scratching their heads in attempting to work out the extraordinary odds.

But an amateur golfer’s chances of hitting a hole-in-one are estimated at 12,500 to one. A double hole-in-one in consecutive shots is believed to be rated at least 1m to one.

The 68-year-old 17-handicapper said: “It’s fair to say we were totally gobsmacked. It was just incredible luck.

“I hit mine and thought it was close but we couldn’t see it go in as you can’t quite see the hole and then Colin hit his and we thought that was pretty good too. We walked up, couldn’t see either of them and then saw them both in the hole. It was unbelievable.

“We were both just absolutely stunned and it certainly took a while for it to sink in.” 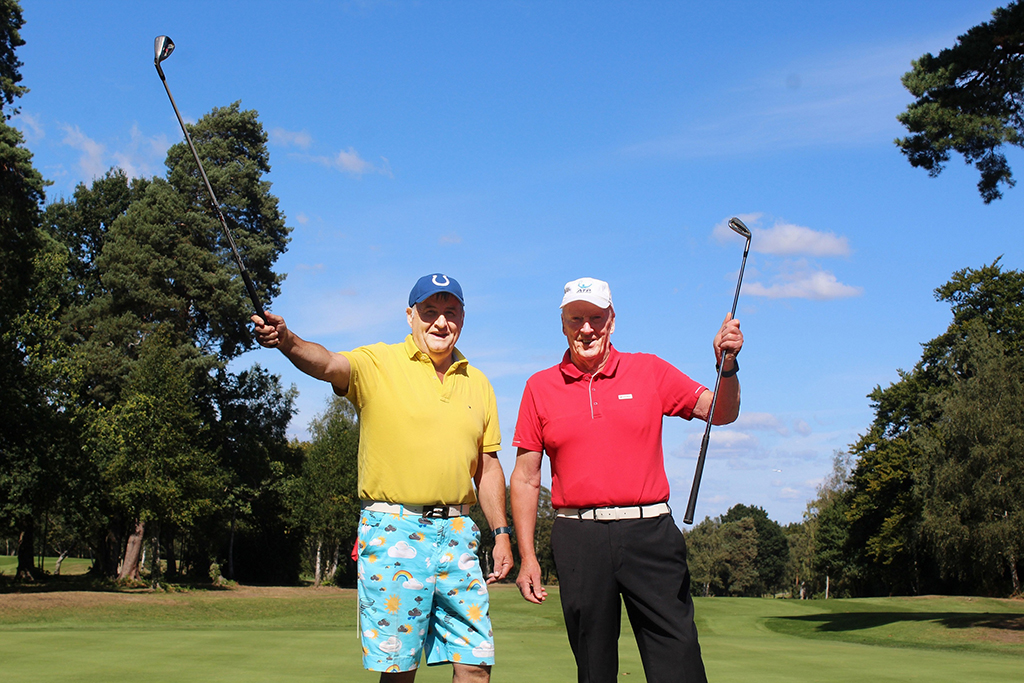 Andrews, a 78-year-old 21-handicapper, has been a Foxhills member for 27 years and has plenty of hole-in-one pedigree as it was the sixth of his career. But he has no plans to stop there.

He said: “It’s always an amazing experience to get a hole-in-one but to do it like that with David was extraordinary. We were both delighted and in total shock at the same time!

“It’s my sixth hole-in-one but now I’ve got the half-dozen, it would be nice to get the full dozen!”

Foxhills director of golf and leisure, Chris Fitt, said: “I will leave it to someone else to work out the odds on that happening but it’s absolutely amazing. It’s not especially long but it’s a tricky hole and it doesn’t happen too often where someone gets a hole-in-one there

“For two of our loyal members to get them in consecutive shots in the same group is just staggering. It may not be the first time it has ever happened in golf but it is certainly a first for Foxhills.”