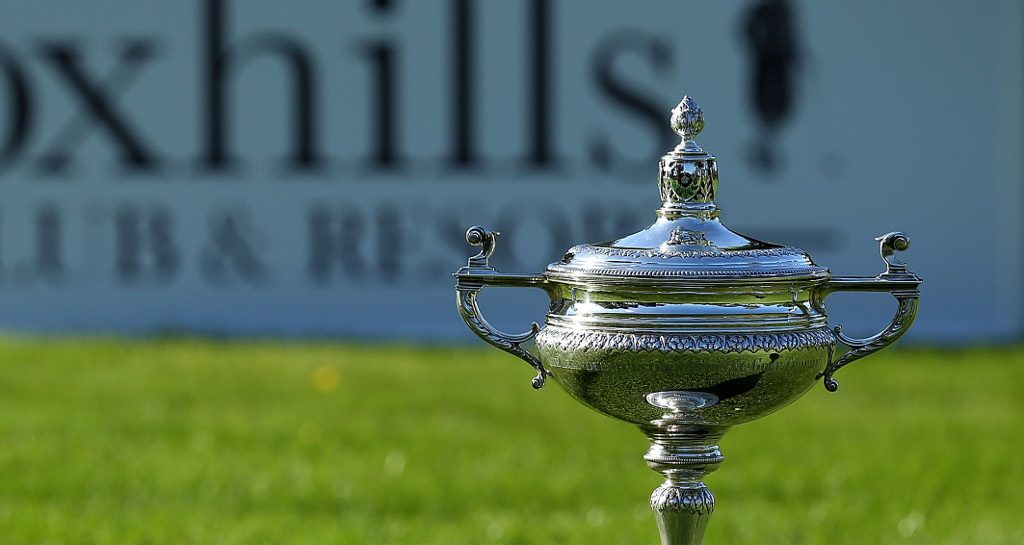 Foxhills Club & Resort will follow in the footsteps of a famous Ryder Cup venue after its selection to host the PGA Cup for a second time in 2021.

After receiving universal acclaim for its successful staging of the contest in 2017, the Surrey resort becomes only the second venue in the PGA Cup’s 46-year history to be chosen twice, following the lead of 2006 Ryder Cup host venue The K Club in Ireland (1992 and 2005).

Played every two years on either side of the Atlantic between teams of PGA professionals representing Great Britain & Ireland and USA, home captain Cameron Clark will attempt to claim a hat-trick of wins over America at Barton Creek Resort in Austin, Texas, in September.

After the 16-10 home success in the last encounter at the Surrey venue, director of golf and leisure, Chris Fitt, is hopeful Foxhills can play its part again as the first venue to be selected for back-to-back home contests.

Fitt said: “It’s a huge privilege and an honour to host this prestigious event for a second time and everyone at Foxhills is excited to be a part of another fantastic week.

“I will be heading to this year’s event in Texas to experience how our American colleagues deliver the event and it’s great that the PGA has total confidence in us to deliver once again.

Foxhills is no stranger to hosting prestigious tournaments and continues to raise the standards of the resort and golf facilities with significant and continued investment in recent times.

Robert Maxfield, chief executive of The PGA, said: “Foxhills proved to be a popular venue for both sets of teams in 2017 with the players commenting on the excellent facilities, while the Longcross course was in fantastic condition.

“Everyone involved with the PGA Cup two years ago continues to look back on that week with very fond memories and I am certain Foxhills will once again prove to be the ideal venue to showcase the talents of both sets of players from either side of the Atlantic.

“We look forward to working with the team at Foxhills and I am certain the venue will prove to be a popular choice again for all of the players in two years’ time.”