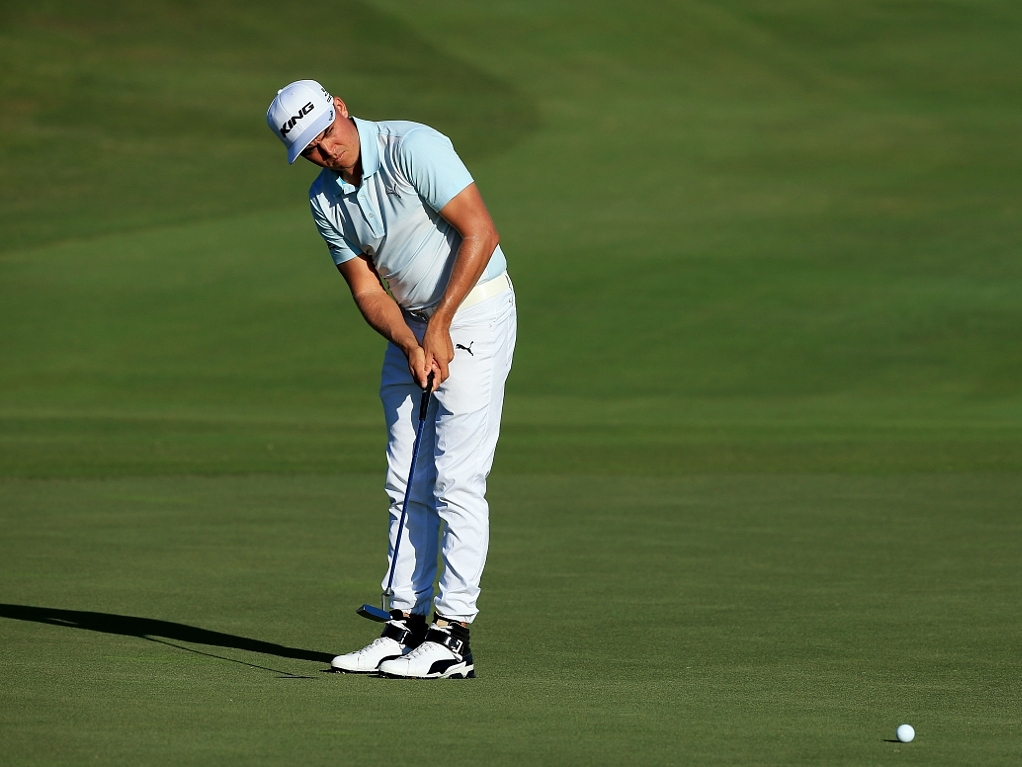 Rickie Fowler finished with three birdies on his last five holes for a 69 and a share of seventh place at the Hyundai Tournament of Champions, however, it was his footwear that seemed to grab all the attention.

Fowler wore highly non-traditional shoes in the opening round of the Tournament of Champions in Hawaii. The black-and-white trainer-style golf shoes feature a thick, gloss black Velcro strap as well as laces, but are most notable for being high-tops, ankle-covering sneakers usually seen on a basketball court.

"During a recent meeting, Rickie expressed interest in wearing a high-top cleat shoe that could be worn with more progressive apparel. The result is a stylish, cleated performance high-top that includes a lace and Velcro closure," said Grant Knudson, Puma's head of golf footwear.

Speaking after his opening round, Fowler commented: "I think on the younger side, it's more positive. I think on the traditionalist side, they're not too pumped. I've kind of been who I am out here. I like kind of pushing the limits, having fun and enjoying myself and that's what we're doing."

Patrick Reed and Jordan Spieth fed off each other throughout the opening day of the tournament as they carded rounds of 65 and 66 respectively to sit at the top of the leaderboard.

"For whatever reason it is, whether we want to feed off each other or we want to beat the crap out of each other, we somehow play well together. We still want to outdo each other, even when we're teammates. So it's a good pairing," Spieth commented after the round.

Brandt Snedeker has been at the Plantation Course for over a week now and the manner in which he chose to prepare for the tournament seems to have paid off. He hit the ball crisply and putted soundly throughout his round of 67 which sees him tied for third.

"You get comfortable on greens and be aggressive on putts that you know are fast or slow. You just have to know putts. They're hard to read. So that's kind of the reason I came over to do that," the former FedEx Cup champion said.