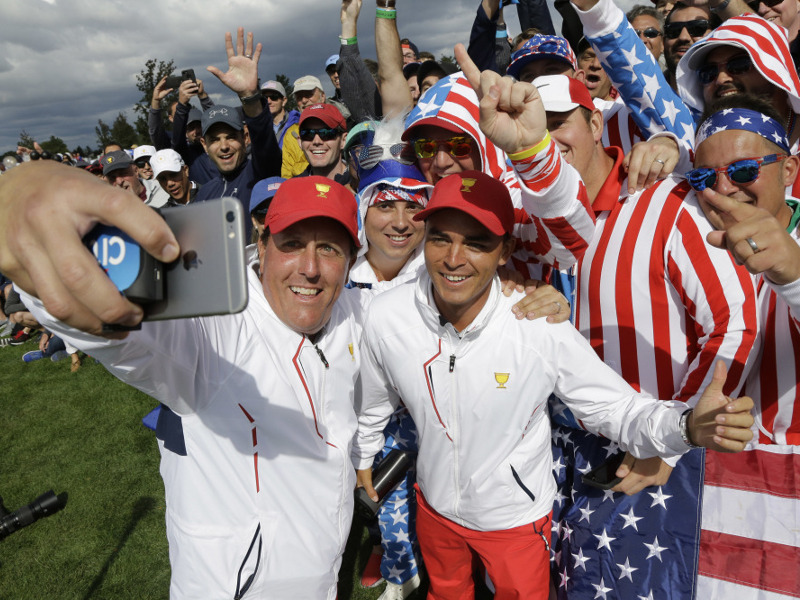 Rickie Fowler couldn’t resist celebrating with fans after the USA completed a resounding 19-11 Presidents Cup victory over the Internationals on Sunday.

Fans at Liberty National weren’t satisfied with a quick selfie after the win, and urged Fowler to join them in the stands.

The 28-year-old eventually relented and ended up partying with the boisterous supporters in the first-tee bleachers, leading to some epic images:

Just @rickiefowler being a fan. 🇺🇸 😂