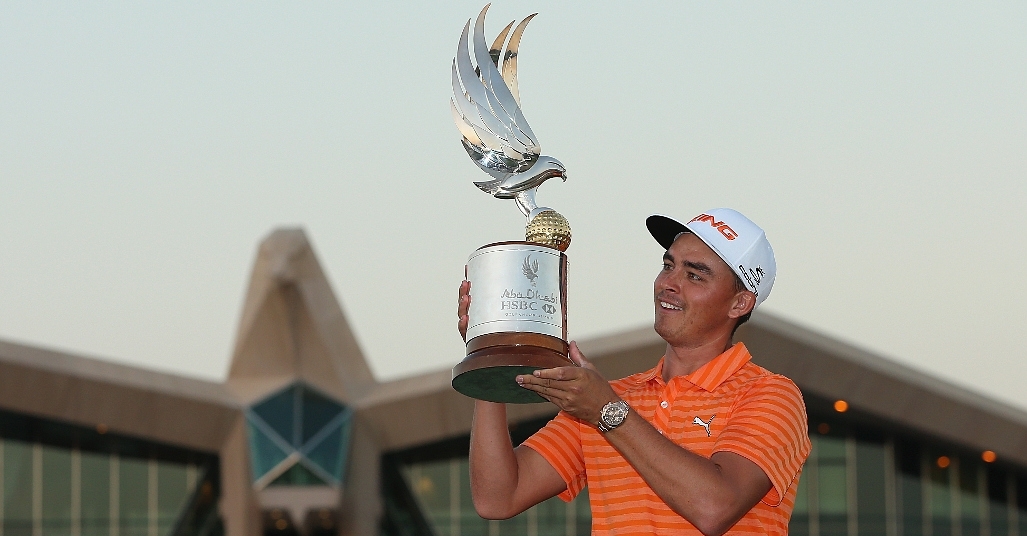 Rickie Fowler won the Abu Dhabi Championship, shooting a 3-under 69 in his final round on Sunday.

Fowler's victory was closer than expected after the American held a four-shot lead through six holes.

That was reduced to only one shot on the seventh hole after Fowler thinned a shot through the green to eventually card a double-bogey.

Fowler's playing partner, Thomas Pieters stayed with him all the way.

Again, the tournament looked to be done and dusted when Fowler holed out from just off the 17th green for a birdie to take a two-shot buffer down the last. However, Pieters birdied 18, missing his eagle putt by an inch, to leave Fowler with two putts to win from 12 feet.

"I had a lot of fun going toe to toe with Thomas Pieters," Fowler said as he held the Falcon Trophy.

"We had a very strong field here."

"A lot of the guys were playing well. This is a step in the right direction."

Pieters finished second while Rory McIlroy capped off a solid start to his year as he took third, only two shots off the pace.

Jordan Spieth tied for fifth with a whole host of players but was never really in the running.