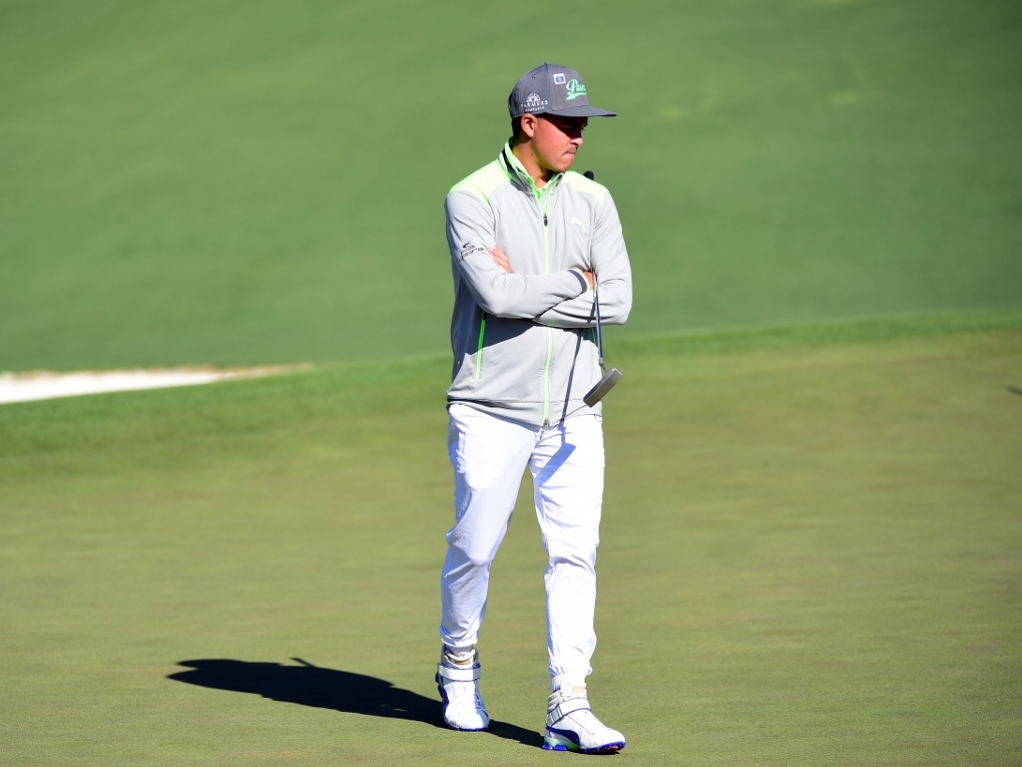 As one of the favourites at the Masters, Rickie Fowler arrived confident. However, Augusta National had something else in mind.

The American would card an eight over 80 in the gusty conditions, leaving him a grave danger of missing the cut, let alone being in contention on Sunday.

Fowler opened with a double bogey six, but managed to reign in some shots with birdies on the second, third and fifth.

Another dropped shot in the seventh lead to Fowler starting the back nine at even par, a small victory after a slow start.

However, the round completely unravelled shortly after. The world number five bogeyed the tenth, but the real error came on the par five 13th, a hole which the likes of Rory McIlroy would eagle later in the day.

In a cacophony of errors, Fowler found the woods off the tee, pitched the ball into the patrons while trying to recover, then rolled the ball into Rae's Creek, eventually culminating in a triple bogey.

The three-time PGA Tour winner was clearly rattled, dropping another shot at the 14th before more disaster at the 16th, where he found the water off the tee, leading to a double bogey. Fowler closed with a bogey on the 18th to add insult to injury.

"Golf's not an easy game," quipped the 27-year-old after the round.

"Golf's tough, it is a fine line, especially at this place. I mean, I go play a decent back nine and I'm three-under par.

"It can go either way and it can definitely go the other way, the high number way, a lot easier than it can the low. They can add up quick."