Fowler ditches Day to be with girlfriend 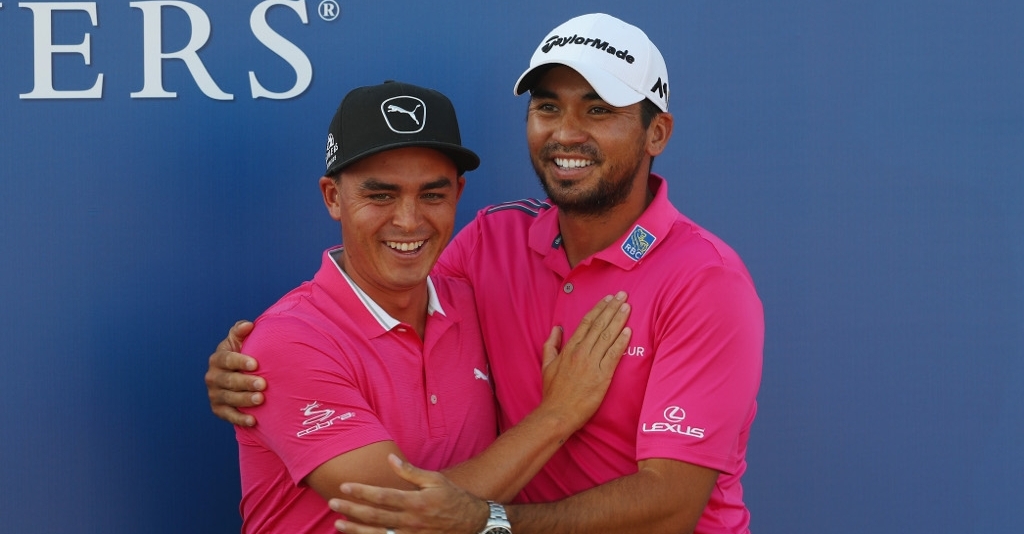 It seems the #FindRickieAGirl campaign can finally be put to bed, with the news that Rickie Fowler and former pole vaulter Allison Stokke have become an item.

Jason Day officially confirmed the news ahead of this week’s Zurich Classic of New Orleans, leaving his friend Fowler red-faced.

The Australian called a team meeting with Fowler to discuss their partnership at this week’s PGA tour event, which features a new two-man team format, but the former Players champion was a no-show.

“He was busy with his beautiful girlfriend, which is understandable,” said Day, leading an embarrassed Fowler to put his cap over his face.

Finally, Fowler’s fellow players no longer need to try and find him a girlfriend. The #FindRickieAGirl campaign was first started after this picture at the Ryder Cup:

And it was again recreated a few weeks back at #SB2K17:

But Fowler has found a special someone, and her name is Allison Stokke, a former pole vaulter turned fitness model who first made waves when this picture of her went viral:

Suspicion first arose that the pair were a couple when they both posted pictures on Instagram over the weekend: