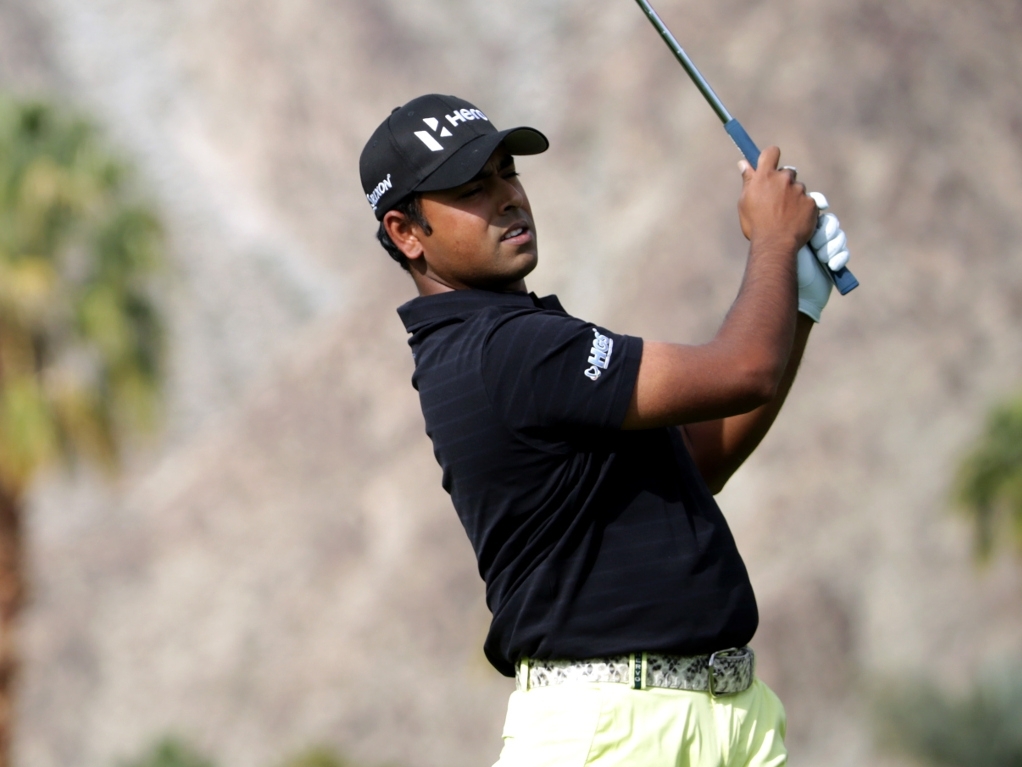 Anirban Lahiri, Jason Dufner, Jerry Kelly and Jeff Overton are one shot clear after the opening round of the CareerBuilder Challenge in Palm Springs, California.

The quartet fired eight-under rounds of 64 to edge ahead of Colt Knost and Jamie Lovemark. A group of eleven players that includes Bill Haas are two shots back in a tournament at which the early rounds are spread over three courses.

Phil Mickelson, making his first start since The Presidents Cup in October, is four shots off the pace on four-under.

Having secured his card on both the European and PGA Tour, Lahiri got off to a good start Stateside, with a bogey-free round at La Quinta Country Club that included eight birdies, including three in a row from the 11th to the 13th.

Kelly was the second of the leaders to play La Quinta, with the American notching up five brides, two bogeys and eagle-threes at the sixth and 11th holes.

Dufner and Overton got under way on the PGA West's Nicklaus Tournament Course, with Dufner notching up a bogey-free round while Overton produced nine birdies and a single bogey at the eighth.

Adam Hadwin's 66 was the best round on the Stadium Course, with Ryan Palmer, Rhein Gibson and Si Woo Kim shooting 67s.

Playing at La Quinta, Mickelson made a fast start with an eagle at the par-four eighth combining with four birdies to see him take the turn in 31. However, a lone birdie at 11th coupled with two bogeys saw 'Lefty' drop to four-under.