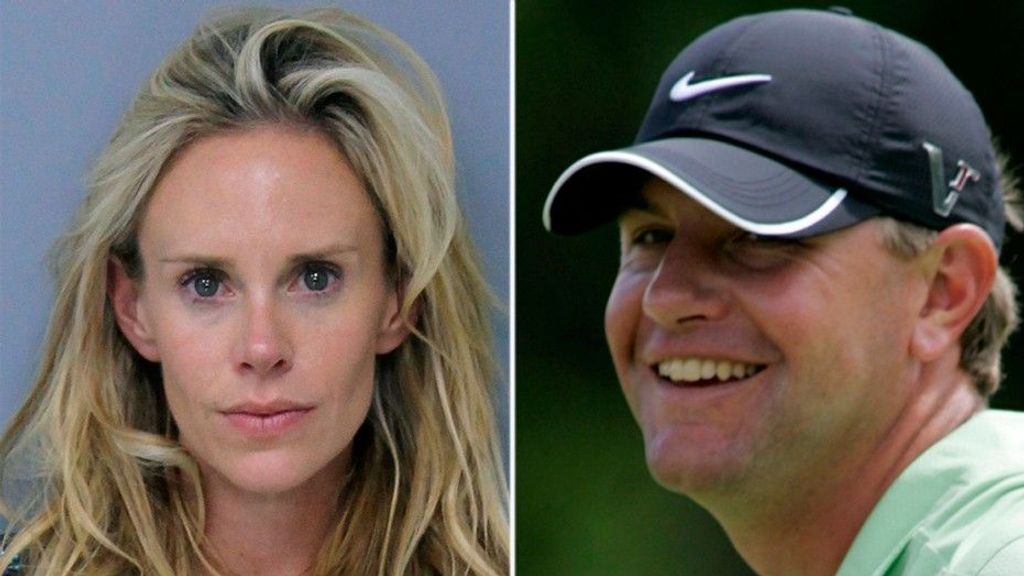 The wife of former US Open champion golfer Lucas Glover has been charged with domestic violence for attacking him after he failed to make the cut at the Players Championship on Saturday, according to reports.

Krista Glover, the wife of the surprise 2009 US Open winner, was arrested at a house where the couple was staying during the tournament, following an altercation with her husband.

Police arrived to find Glover and his wife involved in a “verbal altercation” outside the residence.

He told police that his wife berates him “every time he plays poorly in a tournament”, calling him a ‘loser’ and a ‘p***y’, according to a police report.

Glover and his mother were both found with lacerations on their arms, while his mother also had blood on her clothes.

The three-time winner on the PGA Tour told officers that his wife had been drinking.

She was “screaming while forcefully kicking the rear driver’s side door”, during her arrest, according to the police report.

Each charge carries a sentence of up to a year in jail.