He’s enjoyed a stellar career in passing on his wisdom to a string of Major winners, but David Leadbetter insists he will never stop learning valuable lessons from others.

The 67-year-old was at Stoke Park to host the eighth edition of his coaching summit for The Leadbetter Golf Academy as around 50 golf professionals and experts from around the globe pooled their extensive knowledge on all aspects of the game across the two-day gathering.

As part of the event and an extension of his coaching methods, the Leadbetter University was launched – an online platform that uses the latest interactive training techniques to educate and train golf coaches. And Leadbetter – who has played a pivotal role in 26 Major victories and supported seven players to become the world number one – admitted his own desire to learn, remains as strong as ever.

He said: “It’s an exciting next stage to launch the Leadbetter University. I never attended university myself, so I had to create my own!

“But my philosophy is all about new ways to learn – it is not a methodology which is restricted to certain parameters. You learn by asking questions – not by getting the answers you already thought you knew. It’s happened to me often that when I thought I had the solution, I then found something else I hadn’t thought about before.

“The more questions you ask, the clearer the subject becomes. You learn from people you work with and some of them have disproved what I’d previously thought about something. If you are open-minded, you become a better coach and unless you are learning, you are going backwards – that has always intrigued me as a coach.”

Aside from his passion for golf, Leadbetter’s interest in other sports has seen him take ideas from other elite professionals, which saw former England cricket captain, Andrew Strauss, among the speakers. 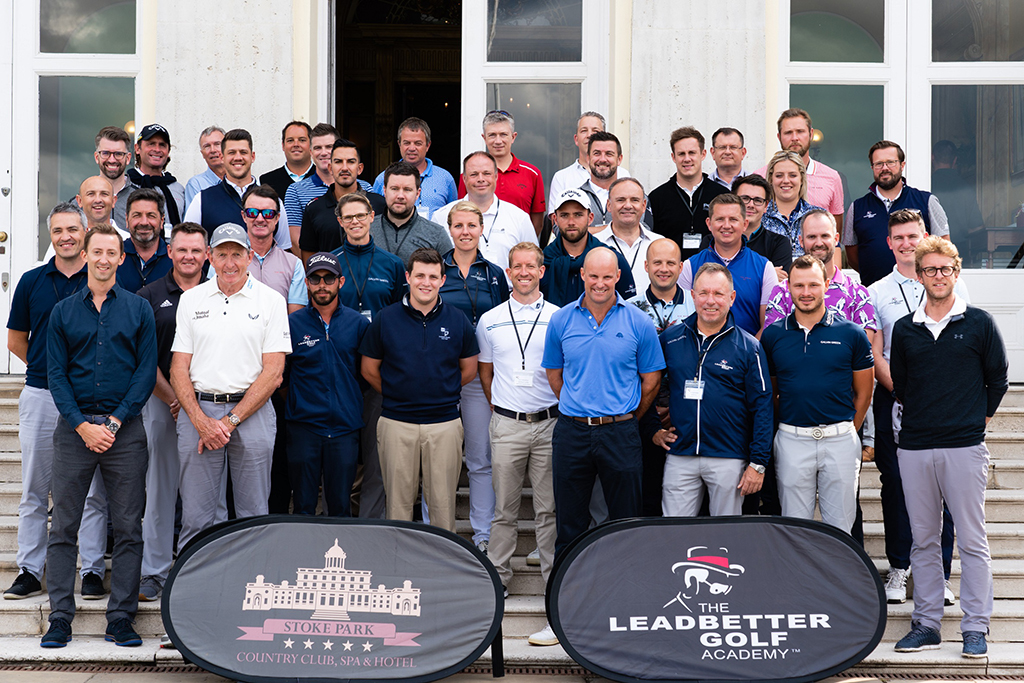 Strauss, who played 100 Test matches for his country, discussed the balance of using technical analysis from his own sporting background and also delved into the make-up of an international sportsperson’s mentality during the highs and lows of his career as part of an extended Q&A with Leadbetter. The four-handicapper also took the opportunity for a practical lesson with the world-renowned coach.

In keeping with Leadbetter’s holistic approach to coaching, there were excellent and varied presentations and practical demonstrations from Andrew Nicholson on putting, David Tiberio on the importance of fitness and conditioning focused on golf-specific movement. Other presentations included biomechanics, youth development and background on Leadbetter Kids.

Leadbetter said: “It was fantastic to see so many great coaches and to share ideas and experiences. It can only help us improve in our own field of expertise.”

Tim Bamber, member education coordinator at the PGA, said: “It was a huge privilege to have attended the Leadbetter Golf Summit, to meet David himself and Andrew Strauss. So much expertise and insight was offered from all throughout the two days. The relaxed environment also allowed for everyone to share and learn in a positive way and it’s extremely exciting to see and hear about Leadbetter Golf’s plans for the future.”