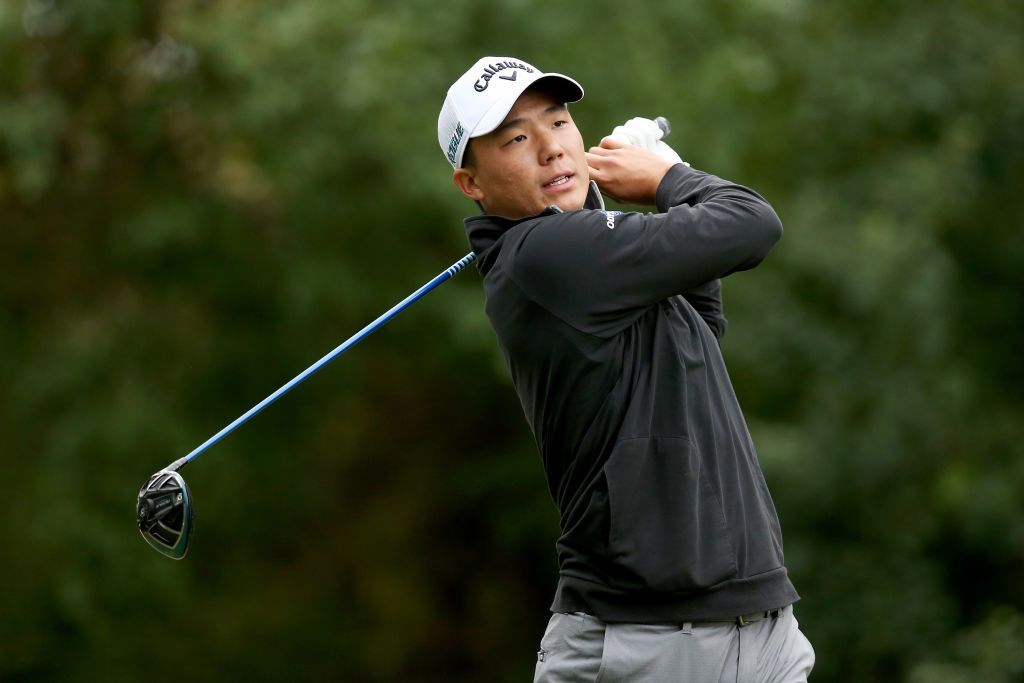 Nineteen-year-old Norman Xiong shot a 5-under 67 on Friday for a share of the lead at the Sanderson Farms Championship at the Country Club of Jackson.

In just his seventh career start he was level with first-round leader Cameron Champ, who had to settle for a 70 after finishing with back-to-back bogeys.

For Xiong, two straight solid days on the course have helped him build confidence having missed the cut in his first six starts as a pro. He and Champ were 9 under for the tournament.

“I guess it finally proves that I belong out here, or hopefully one day eventually can be out here permanently,” Xiong said.

Xiong started his second round on the back nine and made eagle on No. 11 after hitting a 55-foot putt from the fringe. He followed that with two chip-ins for birdie on No. 16 and then No. 6.

“They really kind of take off the pressure on a day like this when it’s windy and the pins are not as accessible,” Xiong said. “You can play safe off those good breaks.”

If Xiong wins on Sunday he’d be the second-youngest winner on tour since 1932, one day older than Jordan Spieth when he won at the John Deere Classic in 2013.

Xiong, who was born in Guam to Chinese parents and moved to southern California when he was a boy, played in college at Oregon for two years before turning professional over the summer.

He was crowned the top collegiate golfer in the US earlier this year before turning pro.

The 23-year-old Champ wasn’t quite as sharp as he was on Thursday, when he shot a 65. Nevertheless, he looked as if he was still going to keep his lead and was two shots ahead of Xiong before the disappointing ending.

He started his round on the back nine and managed to stay out of serious trouble until the final two holes where he missed a 7-foot par putt on No. 8 and then couldn’t get up and down on No. 9.

“Today was a struggle ball-striking wise off the tee,” Champ said. “I couldn’t find the fairways. Something was a little off. But I just kept plugging away at it.

“Obviously, my finish wasn’t as good, but I’ll take a 2-under today with the way I was hitting it.”

Fellow Americans Shawn Stefani and Jonathan Byrd, who both shot 68, were a shot further back on 136.