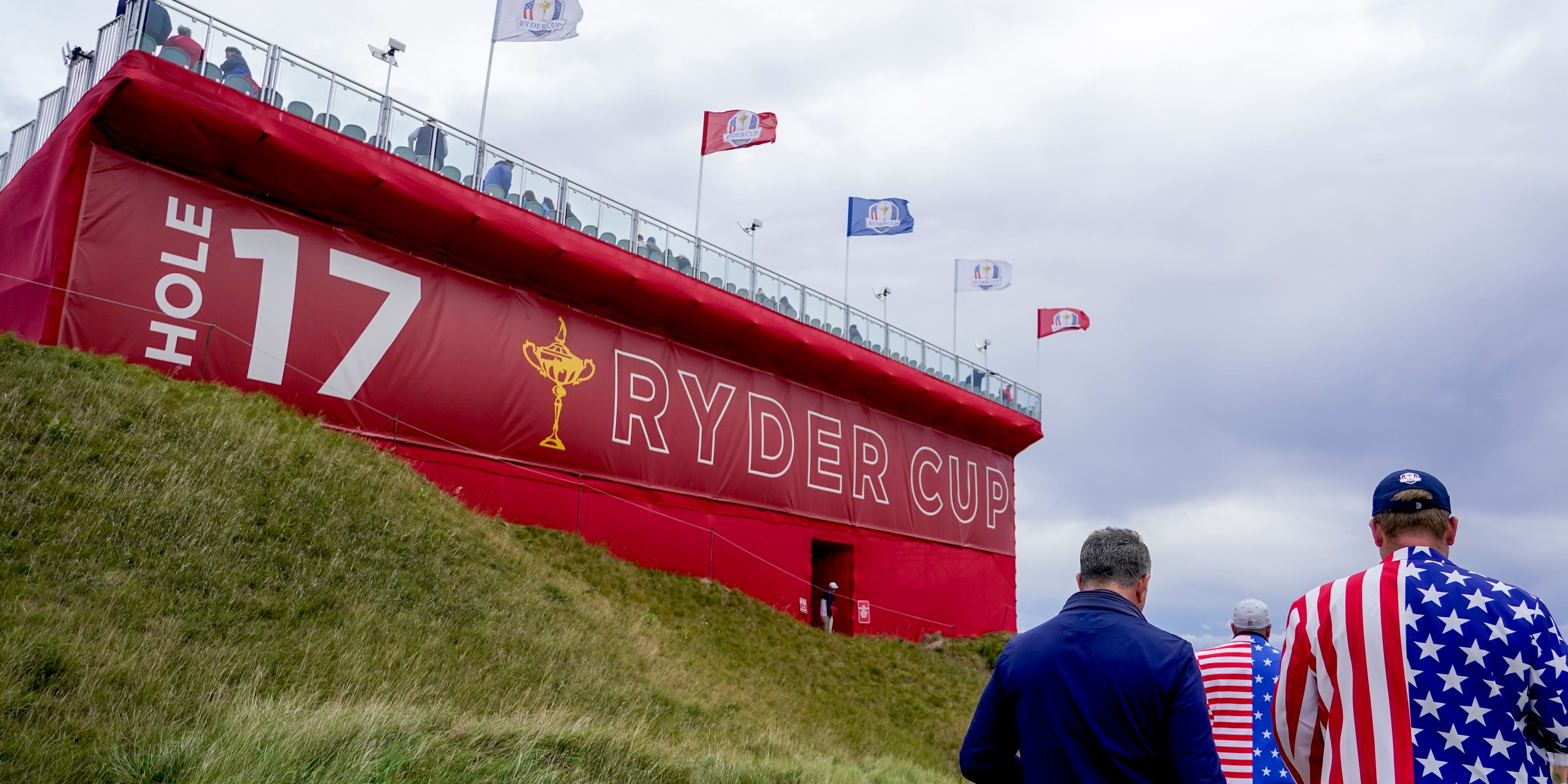 The 43rd Ryder Cup begins at Whistling Straits in Wisconsin on Friday where the United States of America will look to win back the trophy they lost in Paris three years ago.

Here, the PA news agency looks at what lies ahead over the next three days.

7.05am local time (1.05pm BST): Justin Thomas and Jordan Spieth, the USA’s most successful pair in Paris three years ago with three points out of four, face the Spanish duo of Sergio Garcia, scorer of the most points in the Ryder Cup, and world number one and US Open champion Jon Rahm.

7.21am local time (1.21pm BST): Former world number one Dustin Johnson and Open champion Collin Morikawa are up against Paul Casey, in his fifth event, and rookie Viktor Hovland.

Justin Thomas: Won the Players Championship, dubbed the ‘fifth major’ in March, but had only two top-10 finishes after that, although one of those was joint-fourth at the season-ending Tour Championship earlier this month.

Jordan Spieth: Has nine top-10 finishes in 25 events, winning the Texas Open and finishing third and second at the Masters and Open respectively.

Sergio Garcia: Last victory was at the PGA Tour’s Sanderson Farm’s Championship almost exactly 12 months ago. Missed the cut in the year’s first two majors and required a captain’s pick to make the team.

Jon Rahm: The current world number one won his first major with victory at the US Open. Has 15 top-10s in 22 PGA Tour starts, four of which all came at this year’s majors.

Dustin Johnson: Won the rescheduled 2020 Masters in November, his only victory in the last 15 months, but finished the season strongly with two top-10s at the BMW and Tour Championships.

Collin Morikawa: Won the Open at Royal St George’s with an impressive display of iron play, his second victory of the year after winning a WGC event in February.

Paul Casey: Won the European Tour’s Dubai Desert Classic in January. Has seven top-10s on the PGA Tour, including fourth and seventh respectively at the US PGA and US Open.

Viktor Hovland: Recorded wins on both sides of the Atlantic with his victory at December’s Mayakoba Golf Classic in Mexico followed by another at the BMW International Open in Munich in June.

Daniel Berger: Won the Pebble Beach Pro-Am in February and maintained some consistency with top-eight finishes at the US Open and Open and a top-five at the WGC event St Jude Invitational.

Brooks Koepka: Victory at the Phoenix Open in February was followed by a dislocated kneecap which hampered him at the Masters but finished no worse than joint sixth at the year’s three other majors, including joint second at the US PGA. Recently overcame a wrist injury at the Tour Championship.

Lee Westwood: Only two top-10s on the PGA Tour came back-to-back with second places at the Arnold Palmer Invitational and Players Championship but banked almost 3.5million US dollars (GBP 2.5m).

Matt Fitzpatrick: Best finish was second at the Scottish Open in July. Highest place in the majors was 23rd at the US PGA but had five top-10s in America.

Patrick Cantlay: Finished the season on fire with back-to-back wins at the BMW Championship and Tour Championship to claim the 15m US dollar (GBP 11m) FedEx Cup first prize. Also won two regular tour events but missed the cut at two of the four majors.

Rory McIlroy: Won the Wells Fargo Championship in May, had six other PGA Tour top-10s and just missed out on an Olympic bronze medal.

Ian Poulter: Only three top-10s on the PGA Tour. Last win anywhere was the 2018 Houston Open.

How much does home advantage matter?

The United States have won just three of the last 12 matches and all those were on home soil.

America was successful in winning back the Ryder Cup the last time they had home advantage at Hazeltine in 2016 – but four years prior to that Europe had pulled off the ‘Miracle of Medinah’.

Whistling Straits has been set up to give the greatest amount of leeway to Team USA’s big hitters, notably Bryson DeChambeau who comfortably out-drives everyone else and has spoken in the build-up about being aggressive off as many tees as possible.

That means wider, faster fairways, shorter rough and quicker greens. The crowd factor may have even more of an influence this year with travel restrictions meaning it will virtually be an all-American attended event.

Friday morning begins with four foursome matches: each two-man team plays one ball per hole with the players taking turns until each hole is complete. Players alternate hitting tee shots, with one leading off on odd-numbered holes, and the other on even-numbered holes.

The lowest team score on every hole wins the hole. If the low scores are tied, the hole is halved.

The afternoon is fourball matches; each member of a two-man team plays his own ball. The format is repeated on Saturday before Sunday’s singles, when every player in the team goes head-to-head against an opponent.

Every player – barring injury – plays on the final day. First team to 14.5 points of the 28 available wins. The holders only require 14 points to retain the trophy.

The United States have a significant advantage purely on the basis of the numbers. Nine of their 12-strong team are currently ranked in the world’s top 11. Their average world ranking is nine.

They have a combined 13 majors between them spread across half the team, with Jordan Spieth having the most with four.

Their European counterparts have won just seven, and Rory McIlroy has four of his own.

However, they do have the current world number one in Jon Rahm, winner of this year’s US Open, but he is the only member of the team in the top 13. Europe’s second highest-ranked player is rookie Viktor Hovland at 14, with McIlroy, Tyrrell Hatton and Paul Casey the others inside the world’s top 25.

Another debutant Bernd Wiesberger has the lowest world ranking of either team at 61. The European team’s average world ranking is 30.