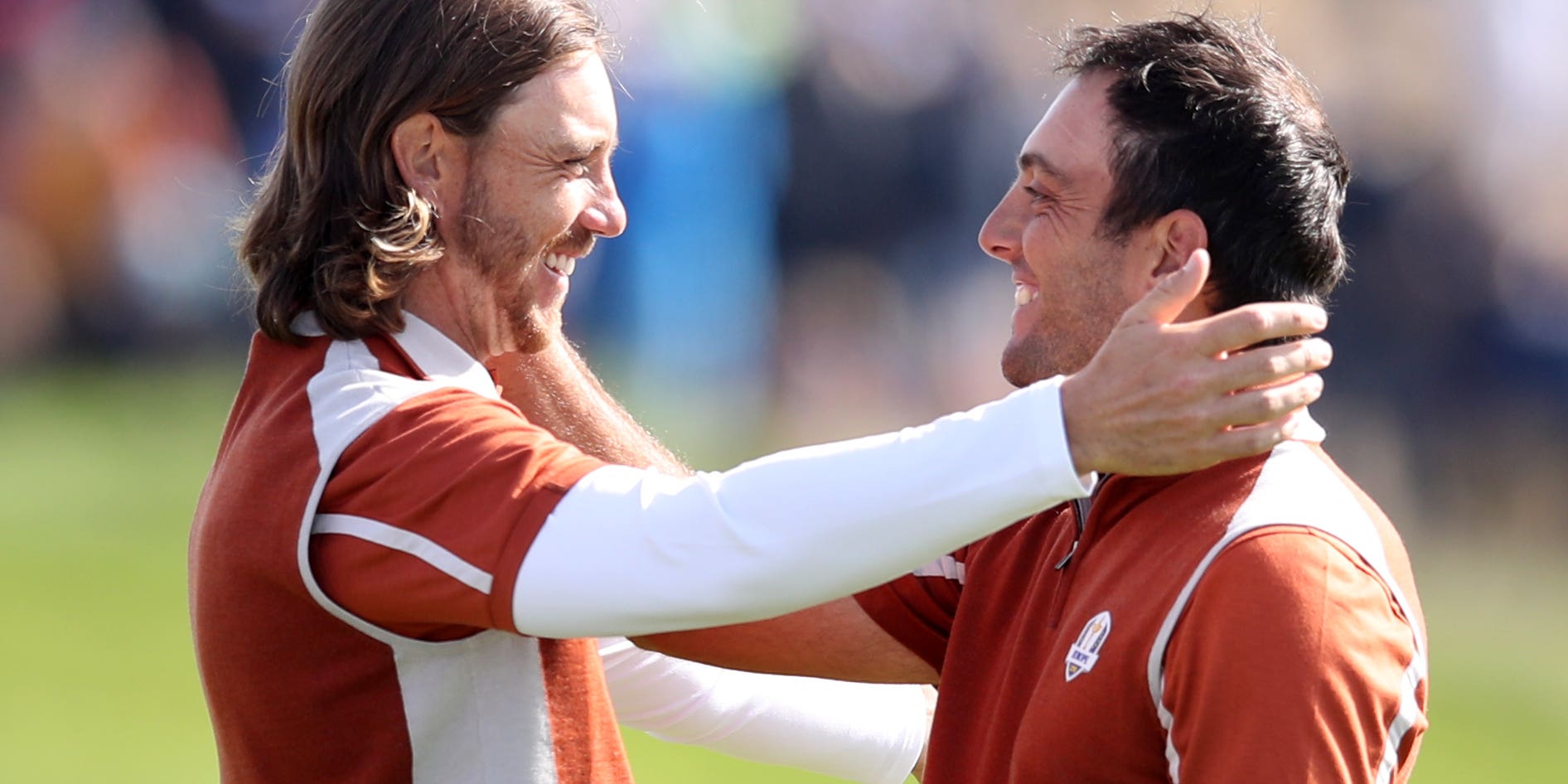 Tommy Fleetwood is ready to become the villain of the piece for just the second time in his career as Europe bid to retain the Ryder Cup.

With coronavirus travel restrictions preventing large numbers of fans travelling to the United States, all of captain Padraig Harrington’s side are braced for an extremely one-sided atmosphere at Whistling Straits.

And given his popularity on both sides of the Atlantic, it will be an almost unique experience for Fleetwood, who will be without the other half of the “Moliwood” pairing that proved so successful in 2018 after Francesco Molinari failed to gain a place on the team.

“Most people were rooting against me at Portrush and it didn’t really go in my favour,” Fleetwood said with a smile, a reference to playing alongside eventual winner Shane Lowry in the final round of the 2019 Open Championship.

“That’s probably the closest it’s been (to an away Ryder Cup), but at the same time, they didn’t really say anything bad to me, they clearly wanted one person to win and it wasn’t me.

“Whistling Straits will be different won’t it? I’ve only played one Ryder Cup and we had the whole crowd on our side. I’m very used to having fans on my side as well.

“But I’m looking forward to it. It’s going to be another challenge, another experience.

“Guys like Paul Casey, Lee (Westwood), Poults (Ian Poulter) all come up with the same thing – that you have to embrace it, you have to kind of enjoy it in a way because that’s the only way you’re going to thrive in that atmosphere.

“I’m not expecting it to be in my favour at all. No hard feelings for whatever anybody comes out with.

“The great thing is, you go with your 11 team-mates, your captain, vice-captains and backroom staff and you all become a family when you’re there and all go into battle together and I’m really excited about doing it with the group of lads.”

Rory McIlroy was the subject of personal abuse at Hazeltine in 2016 which saw one spectator ejected from the course and he said recently his approach is to try not to take anything personally.

“Exactly,” Fleetwood added. “You could go to a football game every week and get a lot worse probably. You just have to take it in its context.

“Ours being the sport that it is, you’re just not used to getting that from crowds, but I think it’s another great thing about the Ryder Cup, home and away, and any time it comes along it’s always great for golf and everyone wants to tune in and the fans are a massive part of that.”

Fleetwood and Molinari became the first European pair to win all four of their matches together in 2018, with three of them coming against a United States pair containing 15-time major winner Tiger Woods.

A combination of injuries and loss of form meant Molinari did not come close to making the team this time around, while Fleetwood endured a somewhat-frustrating season until finishing second and 12th in the last two qualifying events.

“I was very lucky last time to have that kind of partnership in my first Ryder Cup,” Fleetwood said.

“I really do get on great with all the guys and would like to think people would be all right partnering up with me. It’s not just Fran in the world that would want to.

“Whatever it is, we’ll give it our best. When Fran was there it was the most comfortable person I could be out with so I would love to be that for somebody else, for somebody to feel comfortable and thrive and play their best golf with me.”