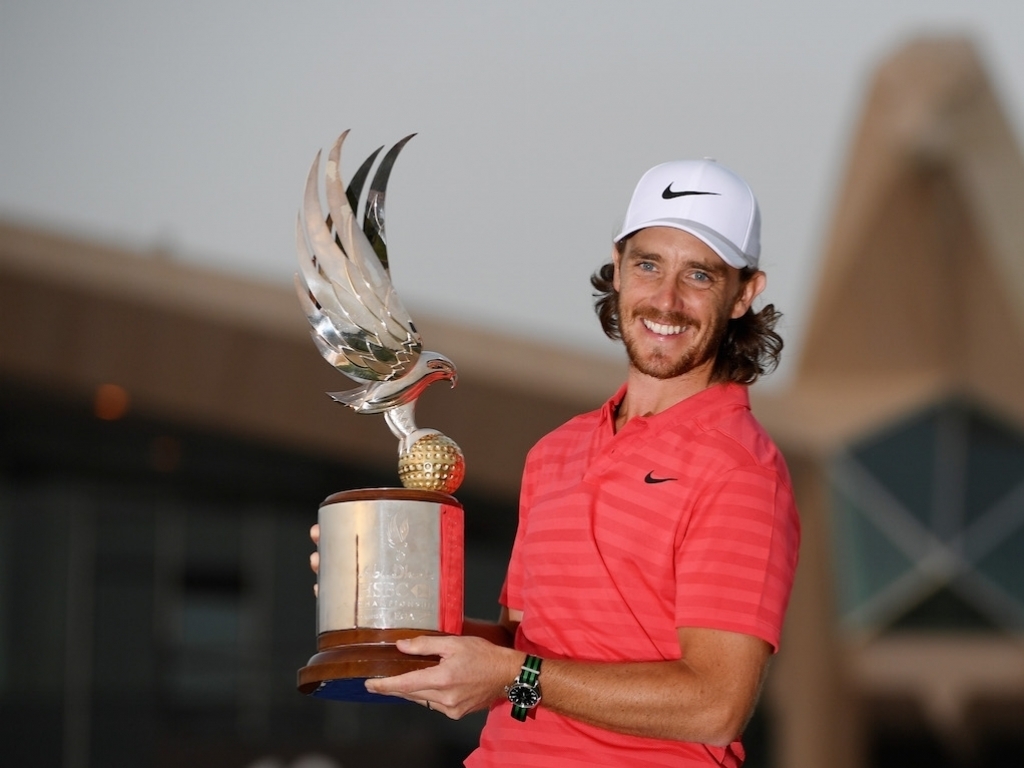 Tommy Fleetwood saved his best for last as he launched a superb charge on the back nine at the Abu Dhabi Golf Club to retain the Abu Dhabi HSBC Championship title.

Fleetwood overcame extremely tricky conditions to knock in six birdies from the 10th and come home in just 30 strokes to snatch victory by two shots from Ross Fisher.

“It was pretty good on that back nine really,” said Fleetwood, whose win is set to take him into the top ten on the Official World Golf Ranking.

“When putts were going in like 15 and 16, you just feel like, could this be my day again. Then 18, I mean, forget the second shot, the up-and-down was one of the best up-and-downs I ever made. So happy days.

As per usual, the field in the United Arab Emirates was a strong one.

World number one Dustin Johnson and whole host of other players tied for ninth place on 14-under.